The video conferencing was a small on a small scale and very much present in the business and corporate sector. But the pandemic outbreak resulted in lockdown not only increased the presence globally but also expanded the area of presence of these applications to education sector as well. The unprecedented increase in the remote working due to pandemic outbreak the video conferencing sector has benefitted immensely. 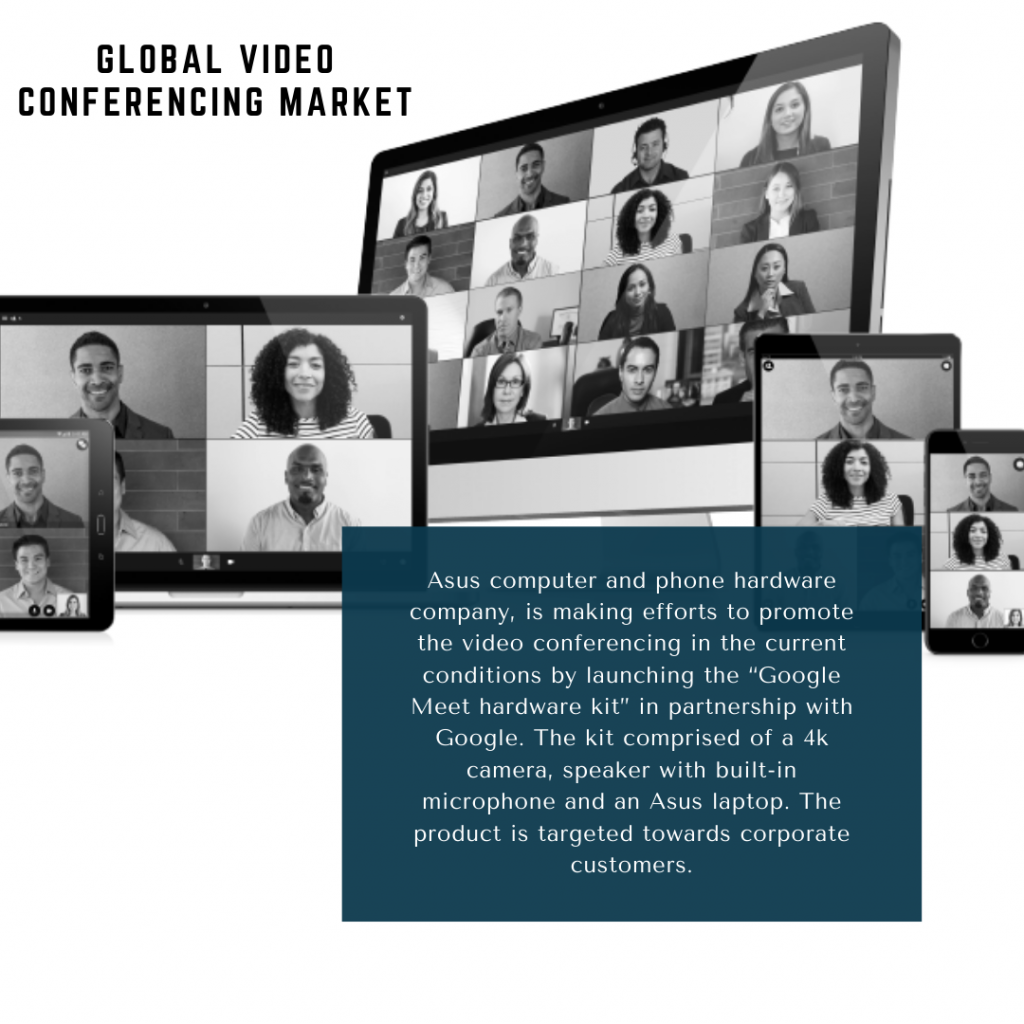 Even though the lockdown is lifted in many countries the ‘work from home’ has continued to be the go to option for the companies and this will continue the growth in the online video conferencing market as the meetings form important part of the job. 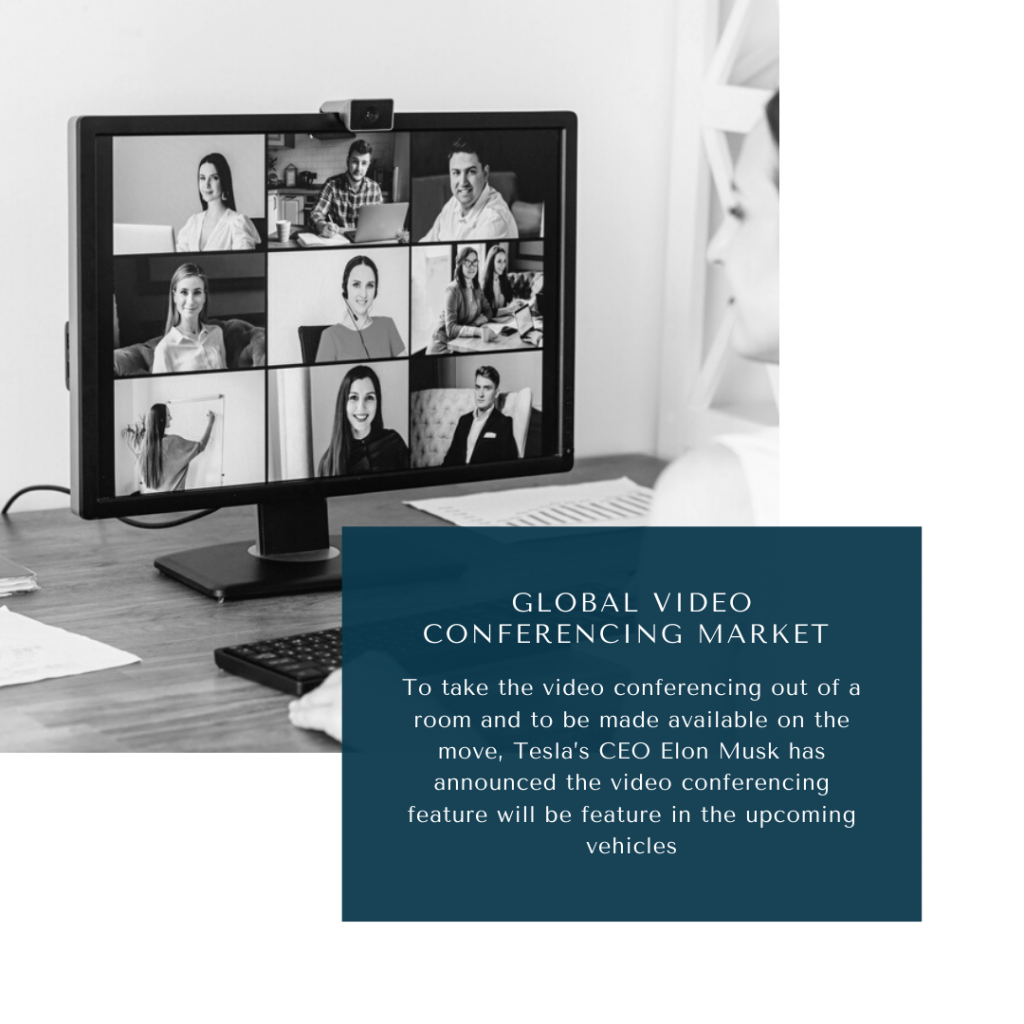 Due to schools and colleges being shutdown, apart from the working professionals the video conferencing applications are now extensively used by the educational institutions to conduct the online classes.

Also, to promote the new products various brands and companies from various fields are launching their new products and services via webinars or video conferences.

USA has given rise to various video conferencing platforms and has been the market leader with most number of platforms. The Zoom application in the country is leading the market share distant ahead of other competitors GoTOWebinar and Webex.

The below graph shows the share of various video conferencing platforms: 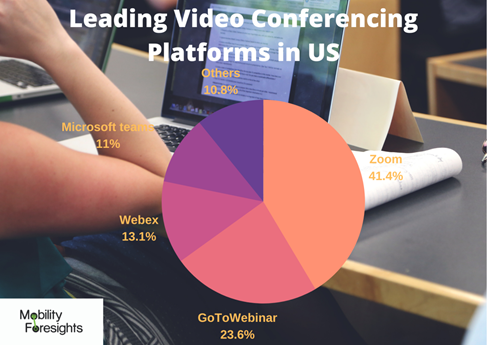 Many local developers have come out with the video conferencing application, one such is Pexip a Norwegian company which has raised 92.55 million Euros has been the serious competitor to US platforms. Video conference service provider StarLeaf in UK alone has witnessed an increase in daily call minutes by 947%.

Zoom’s move to suspend the hosting services to Chinese individuals will give rise to the growth of domestic application developers such as Tencent and Alibaba group. The various other features in Dingtalk and Tencent applications such as document sharing has helped these applications to be the primary choice for the public to choose among the different conferencing apps. JD the latest entrant to the Chinese video conferencing market has launched a new application called JoyMeeting into already crowded Chinese market with other various domestic platforms including ByteDance.

The launch of Indian applications such as VideoMeet from Data Ingenious Global and Greet has paved way for domestic developers. In India the government has extended the work from home option for IT companies in the country till July 31st. IT ministry in India has invited 10 start-ups to develop an indigenous video conferencing solutions after terming Zoom application as unsafe citing privacy and security reasons.

Asus computer and phone hardware company, is making efforts to promote the video conferencing in the current conditions by launching the “Google Meet hardware kit” in partnership with Google. The kit comprised of a 4k camera, speaker with built-in microphone and an Asus laptop. The product is targeted towards corporate customers.

LATEST TRENDs IN THE MARKET

Some of the leading platforms from US are Google’s Meet, Zoom, Microsoft Teams, Cisco’s Webex, Katura, BlueJeans and Icewarp. The Chinese based video conferencing platforms are Tencent Meeting, Dingtalk and Feishu Meeting from ByteDance. Some of the Indian based companies trying to take on foreign video conference tools are Aria Telecom, Zoho, CyberHorizon Corp, Darsh Instrive Softlabs, PeopleLink Unified Communications and Data Ingenious. 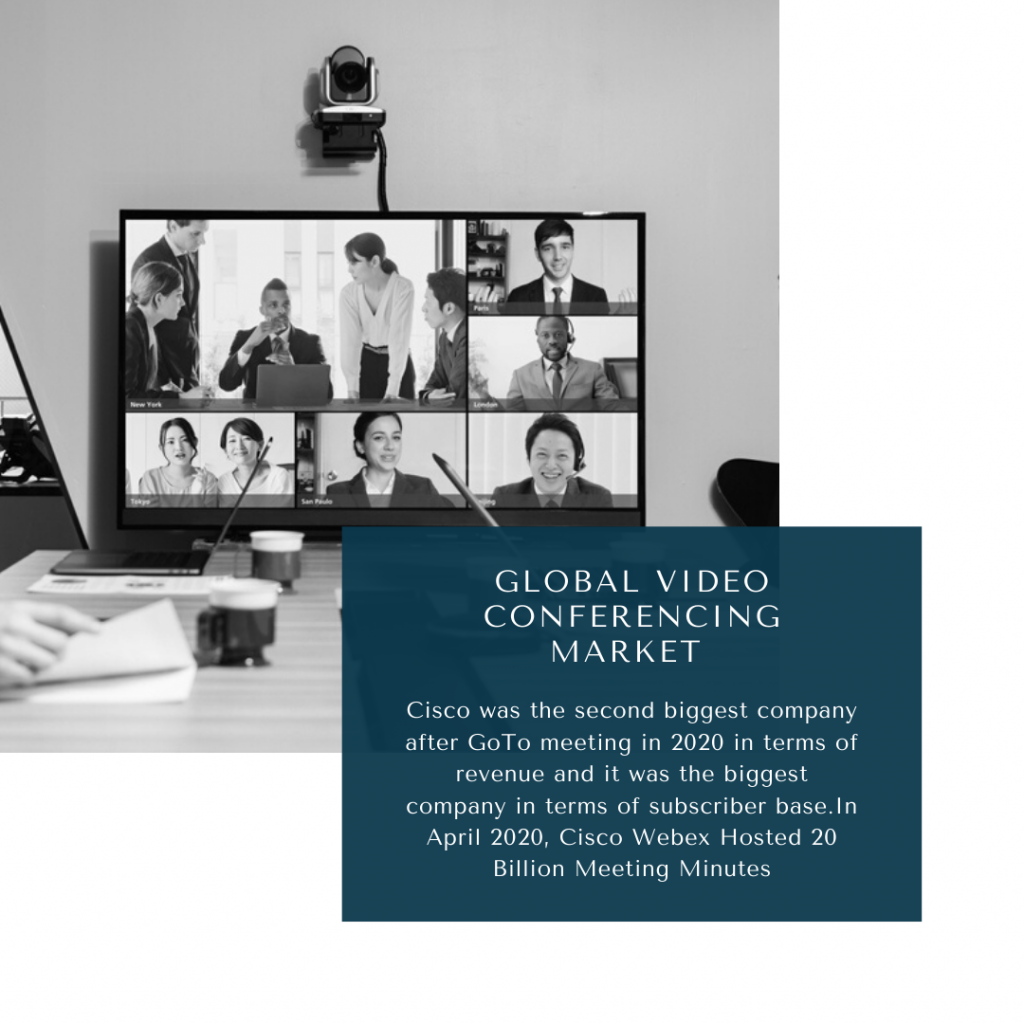