Yacht business is becoming more and more dependent on two basic things; design or comfort and electronic installations which allow a larger number of people to become Seamans or yacht masters. 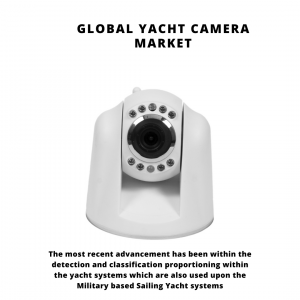 Securing heavily crowded waters requires tight maritime traffic management. Tankers and boats carrying hazardous materials are typically linked to environmental protection problems because of the potential for casualties and environmental disasters. Protection of sea coastlines has also been increasingly important in recent years owing to the increased dangers posed by smugglers and other non-conventional maritime forces such as invaders, refugees, and intrusions (e.g., pirates).

As a result of this, many VTS systems are outfitted with long-range surveillance cameras that are tethered to a radar in order to improve the early detection of targets. Due to the fact that radar is the primary sensor, and cameras are used only as auxiliary sensors, target classification is usually only possible for cooperative targets equipped with Automatic Identification System (AIS), while non-cooperative (non-AIS) targets are identified visually by the operator.

A ship is equivalent to a floating city that enjoys almost all privileges available to any operational set-up on land. Just like any conventional city, the yacht also requires the basic amenities to sustain life on board, the chief among them being power or electricity. Electricity on yachts is generated by an alternator or generator. To have these generated, maintained and monitored various electronics are essential at various points which gives the edge on the yacht’s control requirements.

Over the next few years, Europe is predicted to develop significantly. Primary factors driving the rise of new yacht sales in the region include an increase in HNWIs and the adoption of technologically sophisticated boats. In addition, the European OEM manufacturers’ high-tech interiors and luxury amenities are expected to increase demand in the European market in the near future. When it comes to onboard luxury accommodations, it’s clear that OEM manufacturers are always spending on R & D.

Marine yacht travel and tourism haven’t been greatly harmed by the high total cost of ownership associated with owning a personal boat because it’s so easy to rent one. Improved marine security systems, yacht Camera systems for varied purposes, connection, and tracking, as well as an increase in discretionary money, are propelling the industry forward. Over the next several years, the sector is likely to benefit from advances in telematics and IoT systems.

A growth in disposable income and a higher level of life are some of the variables that are driving a shift in the region’s desire for yacht travel. The expansion of the regional tourist sector is also projected to be boosted by government programmes such as the Swadesh Darshan Scheme and Incredible India’s

The Global Yacht Camera Market can be segmented into following categories for further analysis.

The world of marine electronics evolves at a mind-boggling pace, with remarkable advancements emerging every month or two. With the daily increasing requirements of tracking and better-established communication possibilities, these electronics place themselves as the saviours in the ocean.

Automatic Identification System (AIS) is the name given to an international maritime communications protocol developed back in the late 90s. AIS is now one of the most widely used and significant navigation safety technologies since the introduction of radar.  The system was originally developed as a collision avoidance tool to enable commercial vessels to ‘see’ each other more clearly in all conditions and improve the helmsman’s information about his surrounding environment. AIS is a MESH network using real-time data communications technology.

The most recent advancement has been within the detection and classification proportioning within the yacht systems which are also used upon the Military based Sailing Yacht systems. This system detects, classifies, and tracks vessels by fusing electro-optical (EO) and infrared (IR) video data with radar and AIS data and provides decision support. By calculating the background’s motion and segmenting it into components, the detection is carried out. If the boat is moving toward the camera or is anchored off the shore, the modest amount of inter-frame variations might cause problems with motion-based vessel recognition.

With the cruising industry in tatters and the desire for remote travel greater than ever, chartering a yacht with luxury amenities and requirements has been a major focus in recent days. This has generated various ideas of long week chartering and better technological implementation within the yacht for better monitoring services for the stakeholder as well as the person involved in the chartering process.

The Yachtview 360 Degree Solutions has been part of the major development towards better technological advancement of the Camera systems. In real time, the Yachtview 360° System provides a continuous 360° panoramic view of a boat from a helicopter viewpoint. Skippers may concentrate on the fundamentals and maintain complete control of the boat even under the most challenging situations, such as when docking, anchoring, or manoeuvring in port or in tight sea passages with heavy traffic.

Using a complex algorithms, the system creates a 360-degree movie of the boat by merging four times 25 separate pictures. As a result, the skipper is able to observe from every aspect and from every side of the boat the distance to the quay wall as well as other boats or objects and perhaps persons in the water. There’s also the option to broadcast the 360° view to a variety of mobile devices including the iOS and iPhone as well as Android-based smartphones & tablets, PCs, or even TV screens.

B&G Sailing has introduced the new levels of marine yacht integrated camera systems which can be part of the all-round monitoring systems onboard the yachts. The B&G Mini comes with an integrated camera module with a resolution of 540TVL, 12 micro-LEDs, and a range of up to 8 metres in total darkness. Cameras in low light convert from colour to monochrome for even better picture quality. A docking camera, backup camera, or engine room camera would be suitable for the size of the camera. Connects to Navico Multi-Function Displays with Video In Capability as well as MOxx-P/T Monitors (set Video mode to PAL).