What could  be the potential role of autonomous trucks in our daily lives?

It all started with research on autonomous cars

Cars without drivers receive a lot of attention and are the talk of the town right now. However, it’s a little-known fact that autonomous trucks could bring even a bigger revolution. In fact, autonomous trucks are at the inflexion point of technology and research being applied to them in a way that could improve productivity across the industries and reduce traffic congestion near ports and major distribution areas. Autonomous trucks are already operating on test pilots on US highways and ports. 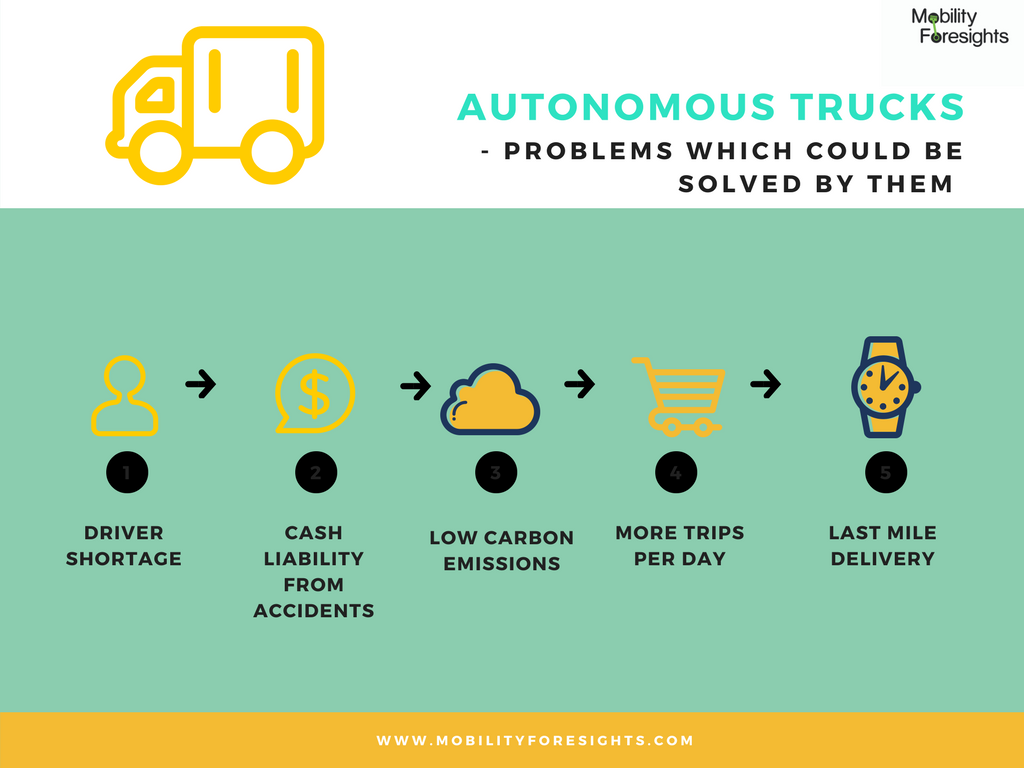 The heavy trucks spend most of their time on highways which are far less complex as compared to urban areas, therefore the technology cost required to get a vehicle rolling there will be far less. Not to mention the truck driver shortage the US trucking industry is facing right now. The Millennial population in the US is just not interested in taking up a truck driving job, the most common reason is their preference for spending quality time with friends and family.

Trucking is one of the largest industries in the US. Every year, nearly $800B is spent on trucking service to move $12T worth of goods. Trucking accounts for 82% of total dollars spent on moving freight. Truck capacity in the US is fragmented, and it’s hard for shippers to connect with truckers on short notice. What`s even more difficult is to This raises the question of how this technology will affect the transport of an industry suffering from driver’s shortages, but it is also the backbone of how goods move in the United States.

The self-driving trucks are used in other fields like

The information has been sourced from our report titled “Global Truck Technology Startups-2018 Edition“. Download free sample to know more