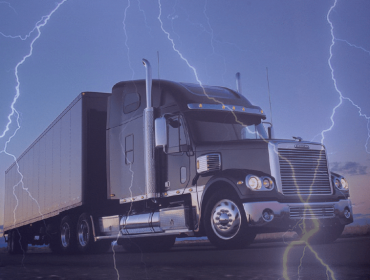 1.Improved consumer spending augmenting freight generation in the US

Consumer spending accounts for more than 2/3rd of US GDP. For past few years, the US economy had stagnated to 1.5%-2% growth annually. The job market was down, wages growth were slow, leading to less spending by consumers explaining the stagnation in the economy. The job openings posted by the US employers reached an all-time record high in July 2017 which means there has been considerable growth in employment opportunities of late. Now while assessing the impact of all of this on specific to trucking, truckload volumes will grow ~ 2-3% annually between 2017 and 2022  The increased carrier volumes will ultimately result in more new On-highway class 8 truck sales where ADAS is predominantly used.

ELD will result in fairly reduced haul length thereby increasing the delivery time. A lot of truck carriers believe the average distance traveled in a day by trucks will come down from 600-620 miles a day to 400-420 miles. The 200 mile per day difference would make its presence felt in food sector where the growing trend of organic food consumption requires them to be delivered in a shorter timeframe. Again, this will create demand for additional on-highway trucks

3. Highest ever driver shortage to create more demand for ADAS

We all know, that this is not at all a new problem for this industry but what has become even bothersome of late is that there are other industries which are also complaining about the shortage of labors. The average age of a truck driver in North America is 51 and it continues to increase every single year. The efforts made by trucking companies to inject fresh blood by recruiting millennials is not bearing fruit as the attrition remains higher than ever before.

There is an industry-wide problem of truck drivers suffering from a bad image and low wages which is proving to be extremely difficult to overcome. A lot of trucking companies have started working on driver`s feedback extensively to make their workspace more comfortable to ensure higher job satisfaction. This is one of the reasons why uptake of optional ADAS technologies has gone up in recent times.

The idea of autonomous trucks is getting popular with every passing day but to some, it might seem far-fetched and that’s where the concept of truck platooning comes in. The idea of getting goods delivered by four trucks but utilizing only one driver in the lead vehicle is actually an irresistible proposition.

It might also act as a bridge between a drivered truck and a driverless truck just the way we are moving to pure electric vehicles using hybrids as a bridge. The platooned trucks could be driven on the arrow straight Interstate highways of the US and drivers can be used to navigate them into the cities before reaching the end of the trip. It will also take care of the safety angle involved in these high-value vehicles. But, a platooned truck will definitely require ADAS.

The above information has been sourced from our report titled “Class 8 Truck ADAS market in North America”. Download free sample to know more