Mobile gaming is one of the world’s youngest creative industries. It is arguably the most pervasive form of gaming across the world today, permeating more corners than any PC, console or handheld has ever reached before.

Android was first seen publicly in 2005, when Google acquired a small start-up called Android Inc. This fuelled speculation that Google was interested in entering the mobile device space. In 2008, the release of version 1.0 of Android put an end to all speculation, and Android went on to become the new challenger on the mobile market.

Nowadays, a myriad of different genres of android mobile games can be found in play stores, with many different approaches to define the mobile gaming taxonomy. The striking development of mobile games has led to an audience that does not only consist of core gamers. 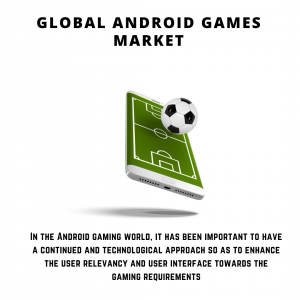 Today, a large share of mobile gamers belong to a target group which does not define themselves as gamers but are drawn towards the casual and hyper-casual mobile game genre. Android mobile Games are not limited to entertainment only but entered in the ﬁelds of learning and treatment. In the ﬁeld of Learning and Education, it is observed that learning potentials for players can make a positive contribution.

Android Mobile game-based learning (mGBL) use gameplay to strengthen the motivation to learn, engage in the acquisition of knowledge and to improve the effectiveness of learning content transfer and should mix between education and purpose entertainment to make mGBL successful.

With the development of advanced mobile technologies, android mobile games have seen a considerable upgrade in terms of entertaining gamers. In fact, the mobile game industry has tried to promote a sense of presence for successful user enjoyment.

This sense of presence has become embodied in smartphones with the use of several developed technologies, such as high-speed wireless data transmission, high-resolution cameras and screens, global positioning systems (GPS) and touch panels. These are integrated within the android devices as part of gaming requirements in the recent technological upgradation considering its open-source presence and usage capability.

The Android gaming industry is one of the fastest growing industries in the world, especially in India. Within the past few years, mobile games have become the entertainment of choice for people from all walks of life and across all demographics, as well as the option to have a career within the gaming industry.

There are several strategies that focus on better market dynamics maintenance in order to  adopt and engage gamers and earn revenue. Free-to-play android games are available for downloading free of cost. Advertisements are the main source of revenue for such free to play gaming models in this model, as users get to access the full game from the beginning, but ads are shown from time to time.

Puzzle android games often showcase ads whenever a user clears one level and jumps to the next. In PUBG, a user can watch ads to earn extra battle coins, which can be used to purchase in-game items. The most seen model of the market in android gaming is the freemium model is one of the most popular amongst gamers which basically provides free of charge services, but money is charged for advanced features. 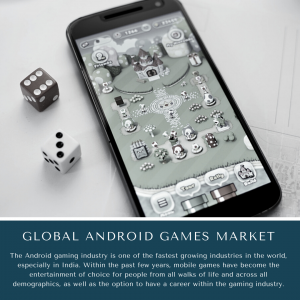 Therefore android developers release the core functionality of the game to download and play for free, while upgrades and additional content is made available for a price through in-app purchases. . In recent years, augmented reality has become a popular concept in the android-based device applications industry, especially for mobile games. Augmented reality games are referred to as “reality-based”, which enfold the player into a temporary and incomplete simulation of real-world physics.

The current mobile gaming market is filled with the so- called casual games. The Android games are well suited for devices with limited resources and for people who play games at a normalized rate of playtime. This Android game development scenario suﬀers from a considerable platform fragmentation problem ,which is a real burden for the popularity of Android mobile applications and of mobile gaming in particular.

In addition, since the number of diﬀerent mobile devices is enormous, game developers are practically unable to release a game version for any diﬀerent platform and for any different mobile device. Java Micro Edition has been the recent integration being used within the Android gaming development to enhance the availability and run patterns on varied levels and versions of android devices on a large-scale availability.

The Android Games Market can be segmented into following categories for further analysis.

Currently, mobile devices are more and more similar to hand-held computers, with increasing processing power, considerable storage space and interesting multimedia features. However, to transform a mobile device into a mobile gaming console, graphics features and networking technologies need to be improved.

Location technologies will play an important role in gaming applications and hence technologies like GPS and RFID are likely to be available in entry-level mobile devices.3D Graphics should be supported; A ﬁrst step toward this direction is the OpenGL ES (OpenGL for Embedded Systems) project, which is a subset of the OpenGL3D graphics API designed for embedded devices such as mobile phones, PDAs, and Android operating video game consoles. Also the Java community is working to provide 3D graphics in mobile devices with the Mobile3D Graphics API or M3G in short.

In the near future and the present pace of technological availability, free-of-charge networking technologies like Wi-Fi and Bluetooth will be available also in entry-level mobile devices, causing the network latencies to decrease. In such a scenario, gaming applications on android are being made in such a manner so as to have a path wherein, they  automatically choose the most appropriate communication technology in a transparent way from the user point of view.

The most recent advancement planned has been the integration of Flash Lite is a lightweight version of Adobe Flash Player optimized for mobile phones and consumer electronics devices. This approach is ideal for applications that massively use audio/graphics features and is becoming extremely popular as it has been adopted by several cell phone operators, but currently, the main drawback is that applications are not capable of communicating with technologies like Bluetooth and infrared.

Alongside these technological aspects The social emphasis which has been enhanced due to the success of Web 2.0 social applications in the Internet world, it is highly likely that the social aspect will be part of many mobile games of the near future.

In the Android gaming world, it has been important to have a continued and technological approach so as to enhance the user relevancy and user interface towards the gaming requirements. This has been the major aim of various companies involved in development of android gaming platforms for various devices.

The Santa Monica based developer, Activision Blizzard, is a prolific game developer. The most familiar title from both developers includes Overwatch, Crash Bandicoot, Call of Duty, and a slew of other iconic brands and franchises within gaming. The Call of duty has been the latest product launched by the developer into the market wherein the focus was made on provisioning a real-life soldiered experience within the immersive graphics.

The Gameplay from the Activision i.e.  Call of Duty has both a normal FPS online PvP mode along with a 100-player battle royale. That puts it in a rare category where it does battle royale like PUBG Mobile, but also regular FPS PvP like Critical Ops or Modern Combat. This gives an edge of multi android device requirements being fulfilled and operated upon for the gaming experience.

Powered by the Tencent Games, PUBG Mobile hit the ground running upon its releases. It already has over ten million downloads and nearly a million user reviews. It actually operates a very competent mobile FPS. It features simple, effective controls, and decent graphics. and a simple premise. This product has been the continuous rivalry operating against the CoD on Android Devices.