Anti-Lock Braking System (ABS) a key feature of active safety system helps to steer the vehicle with better traction when brakes are applied. This is achieved by preventing the locking of wheels. ABS offer benefits such as stable braking on all kinds of road surfaces, reducing the wear and tear of the tyres and reducing the braking distance. The increased adoption of ABS in 2 wheelers has been one of the major driving factors of ABS market. 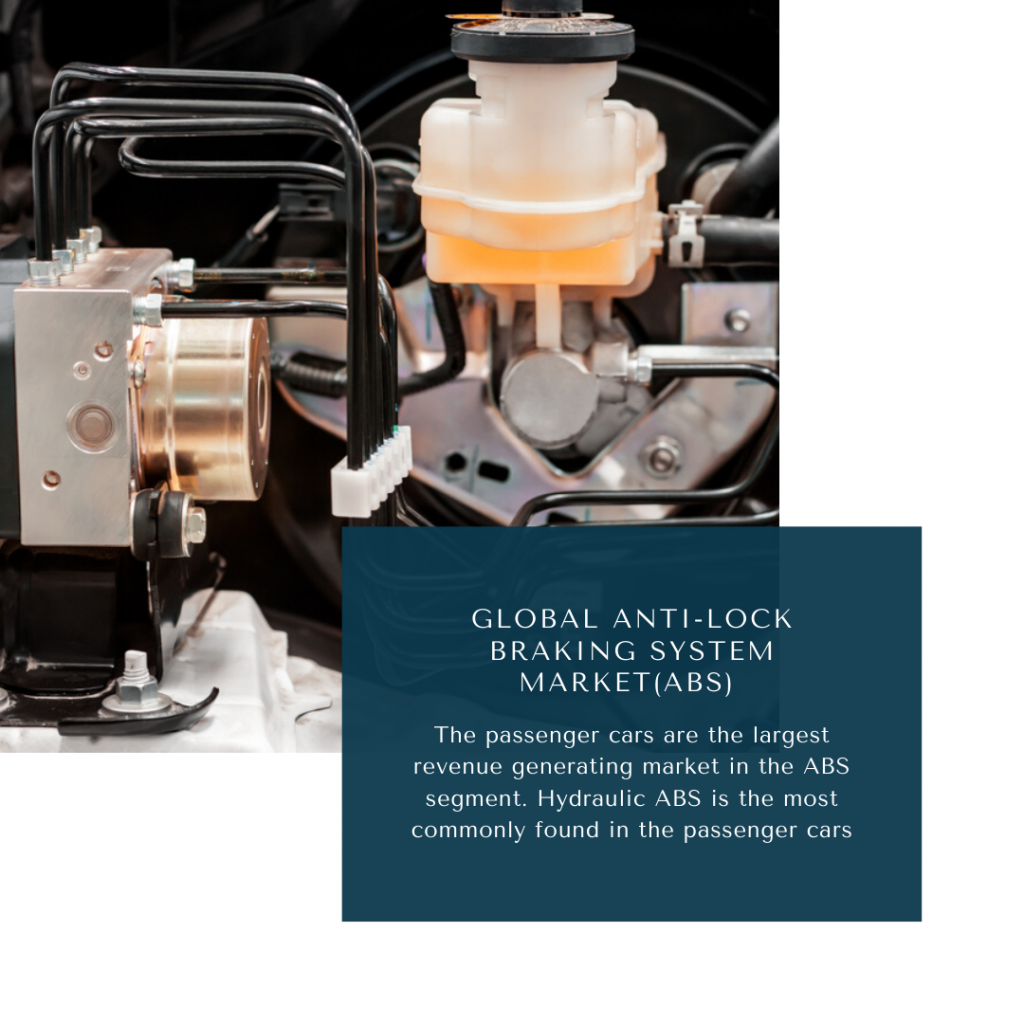 By Type of Vehicles

Approximately 1.35 million people die in road mishaps every year, thereby leading to increase in the inclusion of ABS and other vehicular safety feature. The regulations to make ABS mandatory in every passenger cars and motorcycles across the world are the major factor impacting the ABS market. 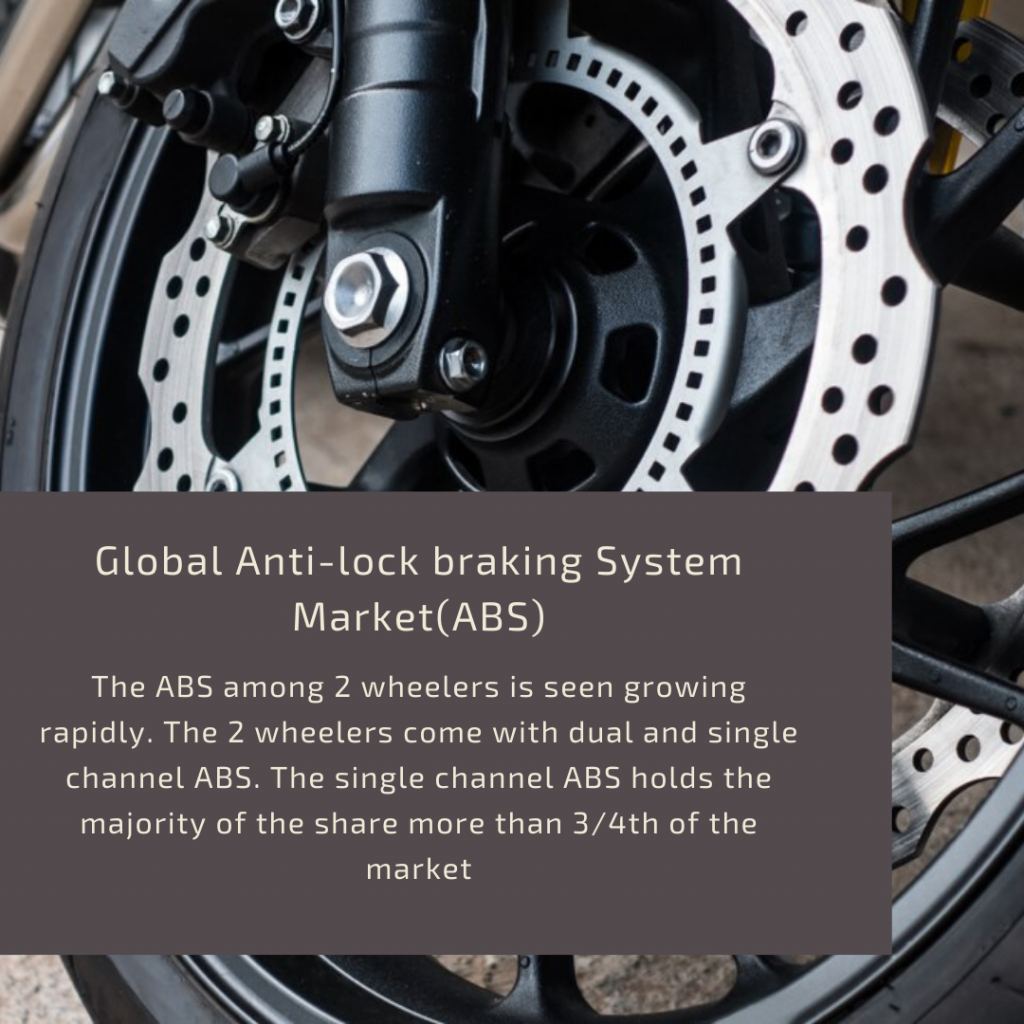 The replacement of traditional proportional brake valves and combinational brake valves in case of dysfunction of ABS has increased the opportunities. In future, the integration of electronics in braking system such as EBD and ESP will reduce the fitment of the valves in the system. The sensors are witnessed to be the fastest growing segment as the mandate to fit ABS speed sensors in all 4 wheels will boost the market. The ECU is the highest revenue generating component of all.

The below graph shows the ABS market share based on vehicle type: 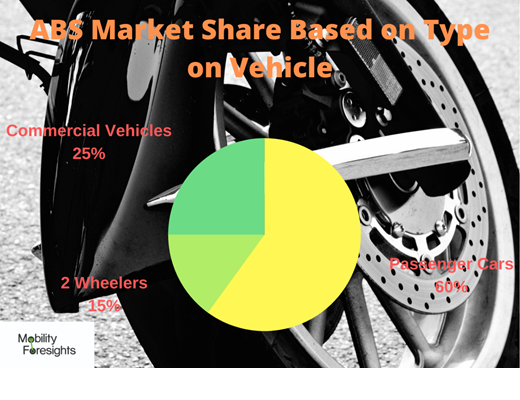 US made it mandatory to install ABS in passenger cars in 2013 and for motorcycles in 2018. Every passenger car is made compulsory to fit 4 channel 4 sensors ABS. The US commercial vehicle fleet is the largest in the world and the ABS penetration among CV is highest in the region.

The first region to mandate the ABS in cars in 2004, and has passed the law to mandate the fitment ABS the motorcycles with ABS in 2016 has been the leader in the market. The presence of major manufacturers such as Veoneer, Bosch, Continental and ZF has increased the potential of the European ABS market.

India has already mandated to fit ABS in every passenger car and 2-wheeler above 125 cc launched after April 2019. Over 85% of the Indian 2 wheelers are sub 150-200 cc thus, the single channel ABS occupy the dominating market share. 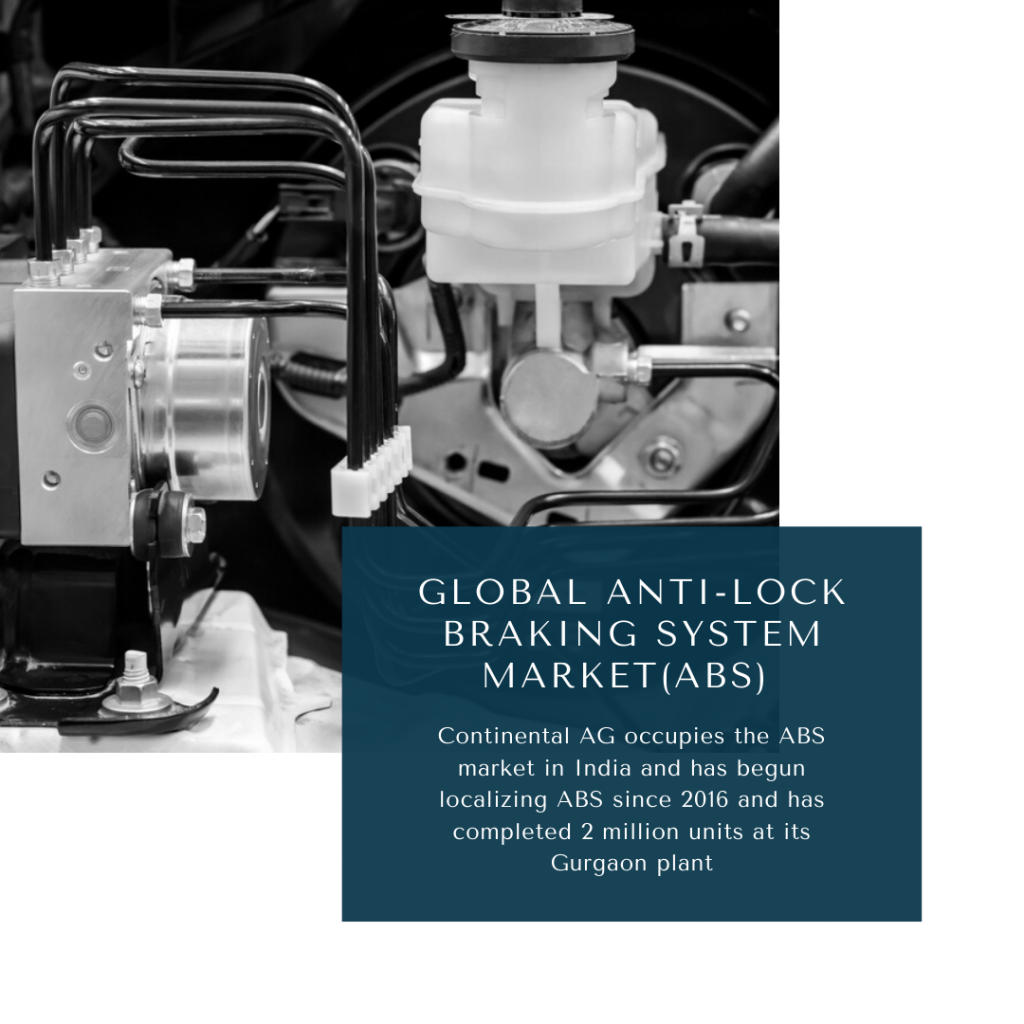 Continental AG occupies the ABS market in India and has begun localizing ABS since 2016 and has completed 2 million units at its Gurgaon plant.  The production plant of ECU for ABS was set up in Bangalore in 2018, which has produced 1 million ECUs already. 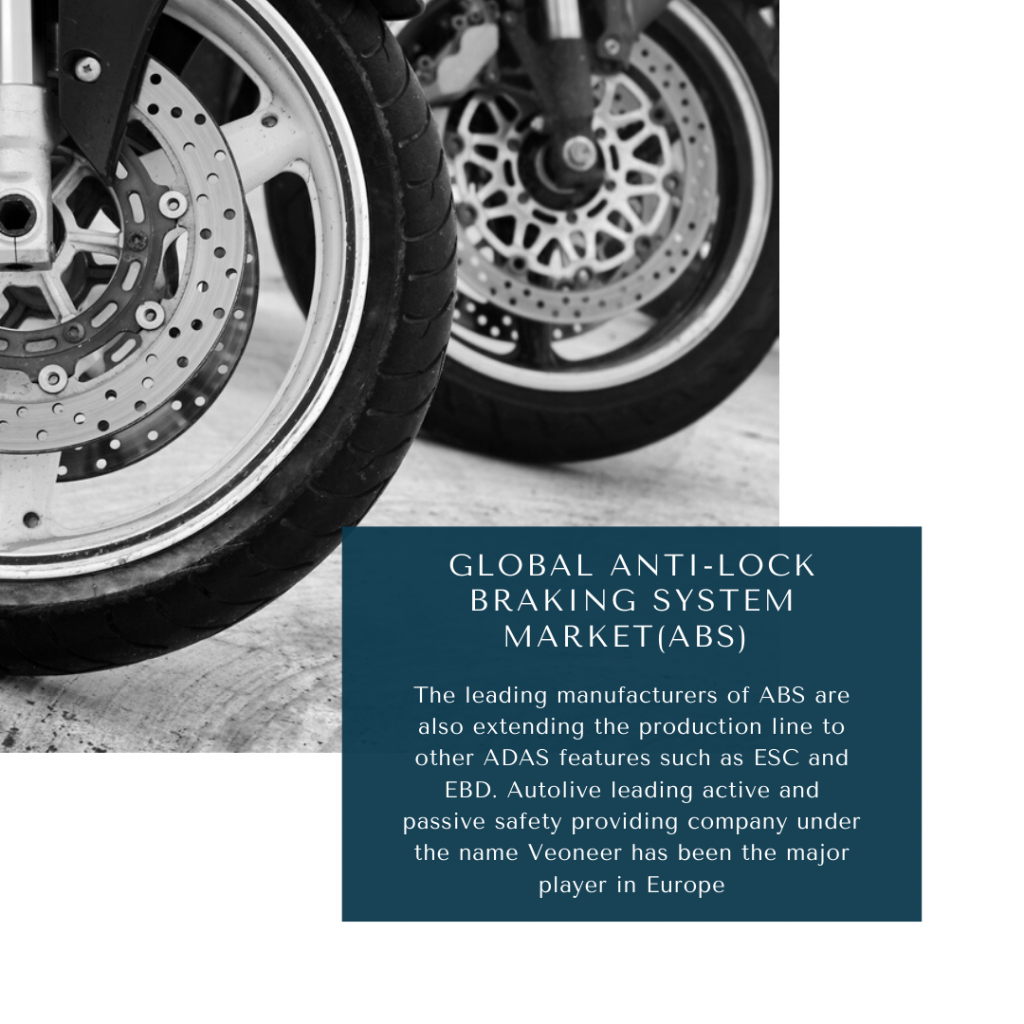 In the event ABS loses battery to the controller the dash warning light for the ABS may not illuminate to warn the driver. In April 2020, Paccar Inc recalled almost half a million Peterbilt and Kenworth tractors owing to faulty ABS warning light.

The leading manufacturers of ABS are also extending the production line to other ADAS features such as ESC and EBD. Autolive leading active and passive safety providing company under the name Veoneer has been the major player in Europe. Some of the other important manufacturers are Continental (Germany), Bosch (Germany), Advics (Japan), ZF (Germany), Wabco (US) and Hitachi (Japan).