Bicycle is among the oldest form of mobility and before we talk about bike sharing let’s look at some facts about them.

2. About 16% of the global population can ride a bicycle.

3. China is the global leader in bicycle production, sales, and export.

Shared bicycle systems have advanced from unsupervised systems earlier to fully automated systems now. In the beginning, the shared use of bicycles suffered theft and vandalism. But,in recent years, the implementation of bicycle sharing information systems has helped overcome the theft issue and has enabled quick and easy access that supports rents and returns at automated stations that provide one-way trips.

Participation programs for bicycles have been implemented in multiple markets around the world. In many urban cities, you now have access to floating bicycles that can be rented and returned almost anywhere. In the second half of 2019, we will see an increase in cities adopting these schemes in an attempt to reduce the pressure on existing transport infrastructure and reduce the usage of personal vehicles.

New York rental rates are among the highest in the world, as far as we know. The cost of annual membership in the US varies between $100-$160. Annual members in New York receive 45 minutes of free travel, unlike passengers in Washington DC, London, Chicago, Denver, and Minneapolis, who receive only 30 minutes of free travel. And usage rates for daily members are as high as $ 4 for the first hour, $ 13 for the first 90 minutes, compared to a rate of $ 2.00 and $ 6.00 for most other cities. 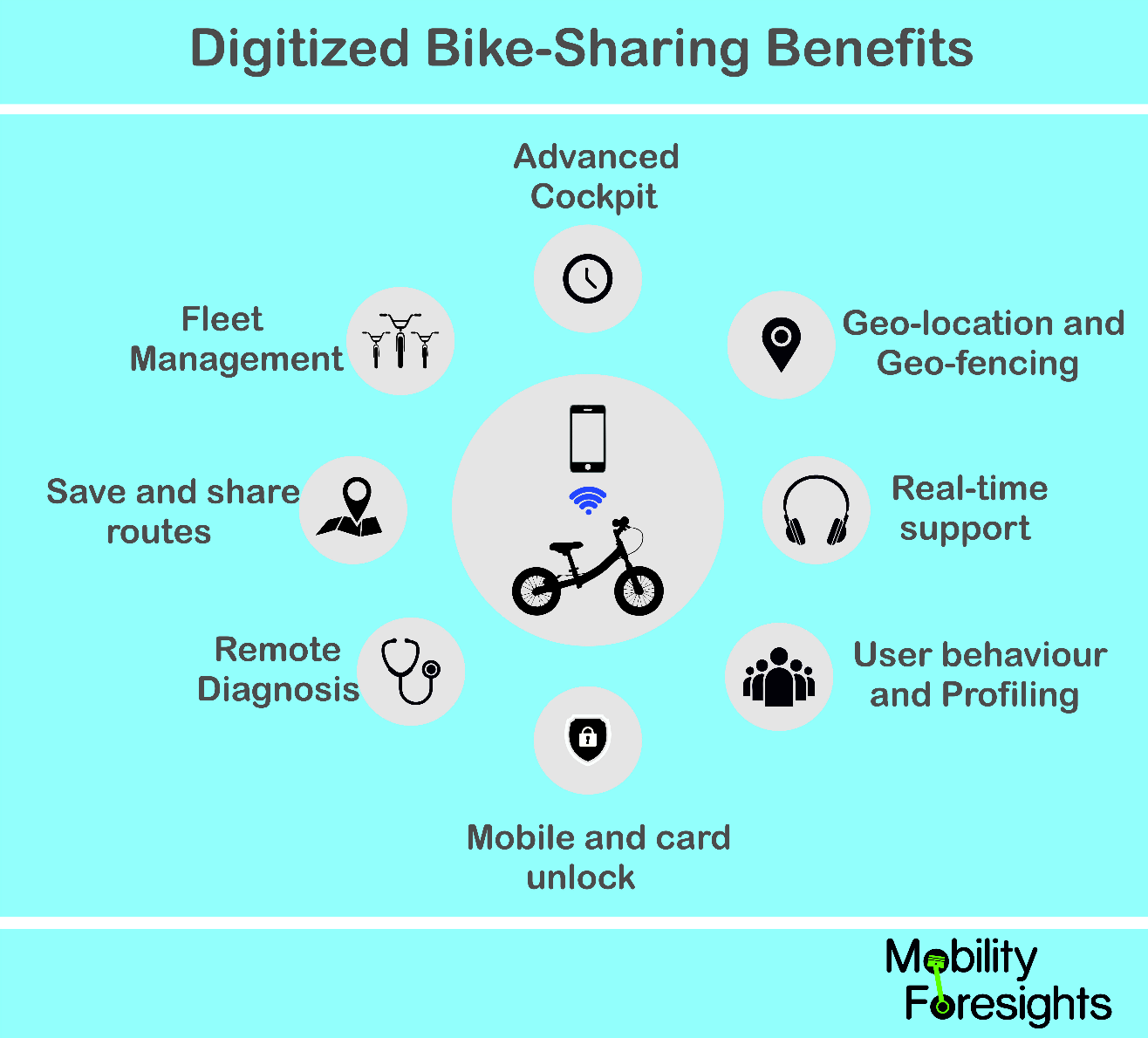 The latest trend in Bike Sharing Market In US is electric bicycle, and with the potential to make things much easier it’s not hard to see why numerous cities in the US are about to start a shared micro-mobility system with electric bicycles or electric scooters. To know more about electric scooters, read our report titled E-scooter sharing market in US and Europe 2019-2024.

Madrid saw the benefits of sharing electric bicycles and became the first European city to offer an all-electric bicycle program in 2014. Since then, the BiciMAD subscriber base has grown from 1,000 to over 50,000 people.

A major obstacle to sharing bicycle programs is theft and vandalism. Among the new technologies that have emerged in the shared cycling scene, geo-fencing has proved to be effective in the protection of bicycle from thieves and cluttering sidewalks. By relying on advanced GPS systems, geo-fencing ensures that bicycles are kept within a designated geographic area, immediately notifying operators when a bicycle is removed from the restricted area. In electric bicycles, these systems can be combined with smart locks that deactivate a bicycle’s motors once they leave an operating area, making them unusable and therefore less attractive to thieves. 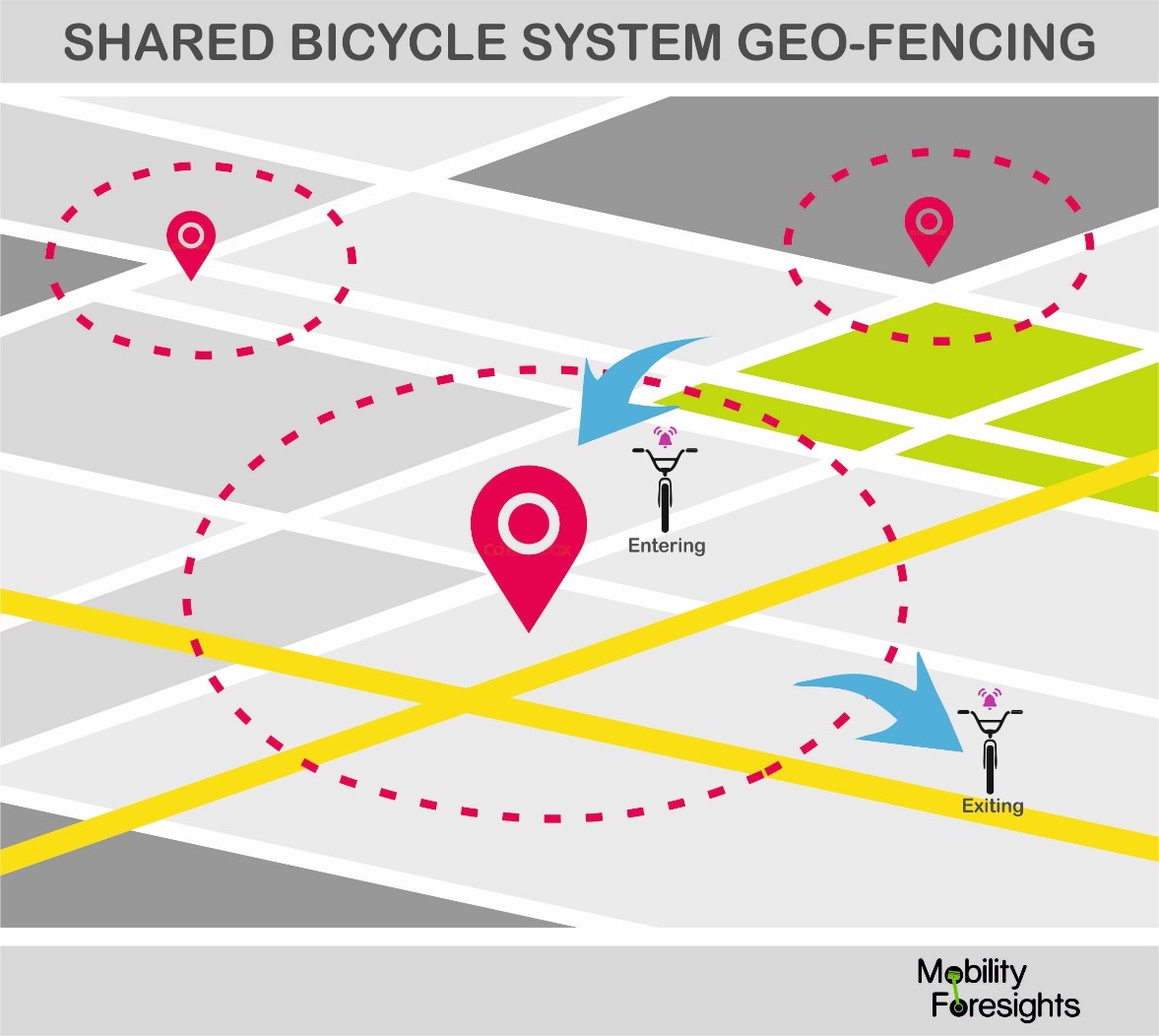 The rise of bike sharing market attributable to sharing economy?

The millennials are loving the idea of a sharing economy, which can be testified by the popularity of the likes of Uber, Airbnb, Bla-Bla car etc. The reason behind the popularity of sharing economy can be traced to the differing mentality of millennials as compared to their ancestors. For them, life is about experiencing a variety of things rather than carrying the liability of owning a house or a car throughout their life. The rapid advancement made in technology can also not be ruled out for a dramatic shift in the thinking of the younger population.

In 2017, annual memberships made up for more than 96% of total trips made in the US but by Dec 2018, the number came down to ~86%. Now, this certainly implies that more and more new people are experimenting with the idea of bike sharing. Another factor that also needs to be looked into is the share of female users has gone up sharply for ~22% to ~28% in same period. Now, in a country where the females constitute slightly higher majority i.e ~50.5% of overall population, there is a sizeable female population who is still not a part of the cycling ecosystem.

The bike share is still a male-dominated space where male users made up for more than 80% of total trips made in 2017. Now as the female participation has gone up from ~22% in 2017 to ~28% in Dec 2018, we believe females in the US are just warming up to the idea of bike sharing and they will start at 24 hours/ 3 day passes, eventually moving up the ladder to annual membership. 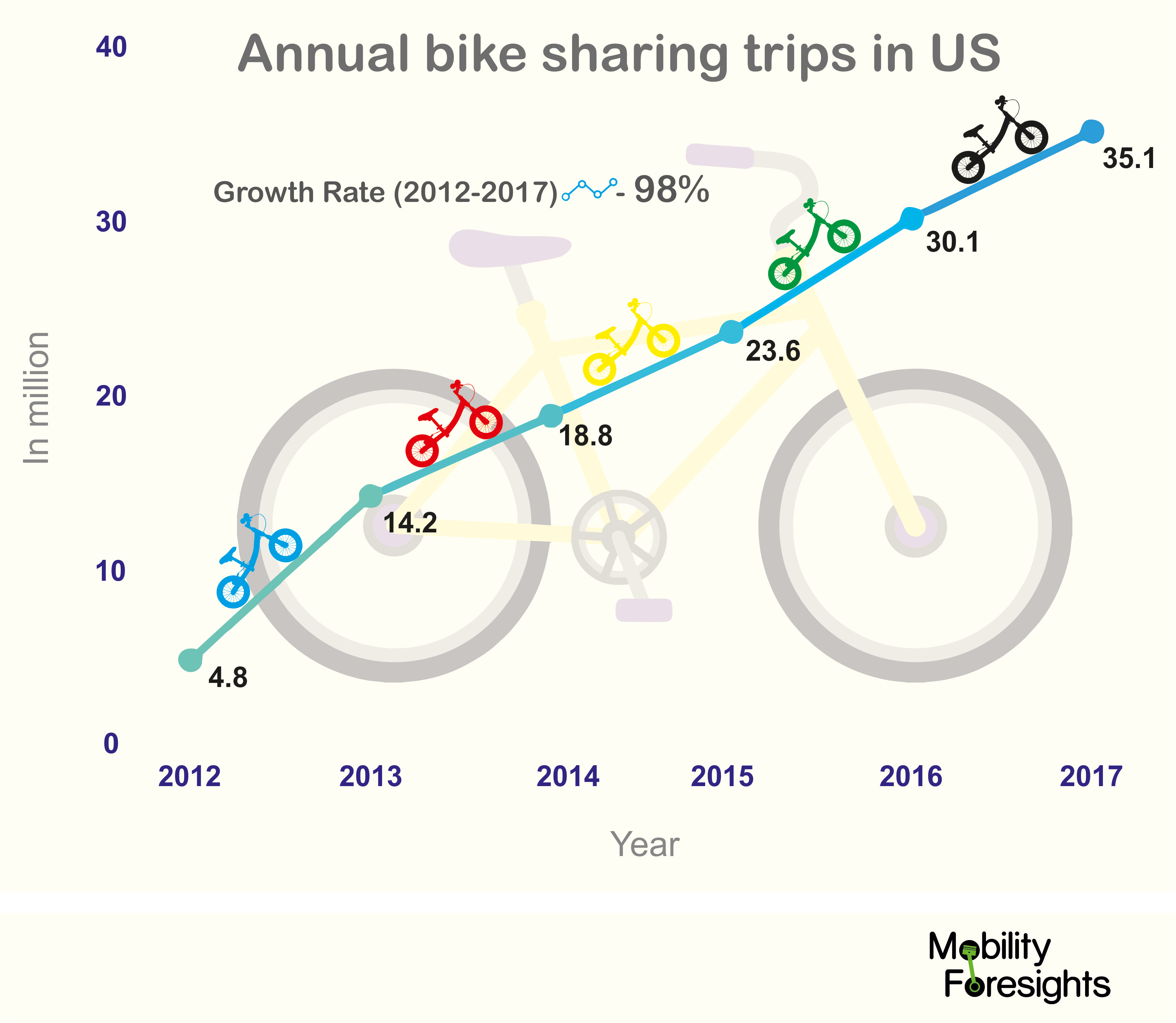 The Chinese companies have been leading the race so far, outdoing their American and European counterparts by a massive margin but in future, will they be able to sustain this massive scale.? Now, that’s a question we are debating on.

Dockless bike sharing companies are spending their venture capital aggressively to compete. Like Uber and Lyft, bike sharing companies claim they can make a profit in the markets they have been operating in for longer. The rationale being unlike Uber and Lyft they do not have to pay drivers any fee or even incentives, but we believe the cost to maintain bicycles, redistributing their fleet in every city, replacing the stolen and moving those that are parked improperly will dent their margins.