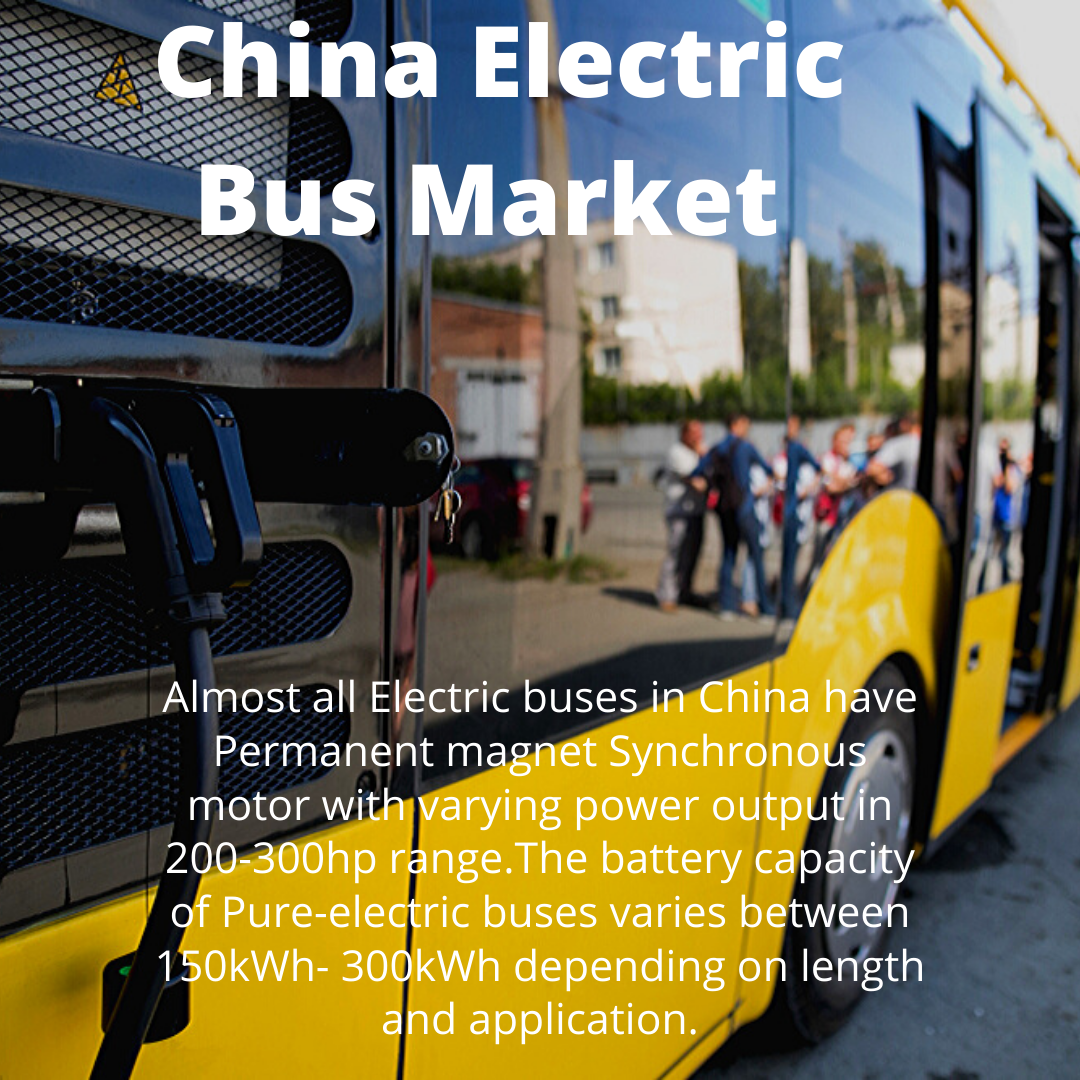 In the global market, Mercedes, MAN, Volvo have launched their all-electric buses with mass production timeline, but none of them are as price competitive as Chinese manufacturers.

Almost all Electric buses in China have Permanent magnet Synchronous motor with varying power output in 200-300hp range. The battery capacity of Pure-electric buses varies between 150kWh- 300kWh depending on length and application.

Much of the China electric bus market has grown on the back of subsidies given by the government. Ankai Bus – a leading electric bus manufacturer announced on 3rd Jan 2020 that the company received the national new energy vehicle promotion and application subsidy to the tune of $5.4 Million.

In 2018-2019, majority(95%) of the electric bus orders were for pure electric buses, but post withdrawal of subsidies in Aug 2019, we believe, the trend might shift to PHEV and range extender hybrid buses.

Fuel cell electric bus sales have grown to almost 900 units in 2019 and about 300 of them were sold in Shanghai alone. The bus market(ICE+ Electric) in China is estimated at $10 Billion per annum.  The electric bus market in China was estimated at ~70,000 units in 2019 or ~14% of overall bus market in terms of volume, de-growing by 30% YOY. The steep drop happened after generous subsidies by the Chinese government were withdrawn on 7th August 2019.

In 2019, majority of the electric buses in China are sold in a handful of cities like Dongguann, Beijing,Suzhou,Shenzhen,Wenzhou,Zhengzhou and Guangzhou. this is in a sharp contast to 2018 sales where Gunagzhou alone accounted for 15% of total sales.

Chinese bus manufacturers are also looking at South-East Asian, African and other low volume markets for exports, which will allow them to diversify their earnings and mitigate the risks associated with this evolving market.

China bus market has 25 players in total, accounting for 0.5 Million units per annum but only 12 players are active in electric bus segment.

In electric bus segment, the cumulative sales of the top ten new energy bus companies in 2019 was 82% of the industry’s total sales. Yutong, Zhongtong, CRRC, BYD, and Foton had a cumulative market share of 62% in 2019.

India electric bus market has a requirement of ~5,500 electric buses between 2020-2024, to be fulfilled by various vendors but BYD has already bagged more than 35% of them.