The ongoing vehicle electrification wave has not been limited to passenger vehicles and scooters/motorcycles. It is also spreading rapidly to another popular category of vehicles i.e. light commercial vehicles (LCV).

China, US and Europe are the top the three markets for LCVs, accounting for more than 60% LCV sales. But it will be China and Europe driving the growth of electric van market.

France, Spain and UK account for more than 14 Million vans on their roads.

The van market is heavily influenced by economic trends, especially in housing and retail. Most of the electric vans/ LCVs spend most of their time inside city centers, either for last mile delivery/commute or short haul deliveries. The average daily distance travelled by these vehicles is in the range of 200-250kms and mostly in urban confines. Therefore, range anxiety is much lower for drivers and fleet operators, not to mention low operating costs and even lower down time could boost a fleet operator`s earnings by a significant margin.

The access restriction by major European cities like London, Madrid to allow only plug-in vehicles to ply in city centers is a major growth driver for electric van market.

Geely(owner of London Electric vehicle company) will begin will begin deliveries of the PHEV van in 2021 first in London and the UK market, and later expanding to Europe.

The demand for campers / recreational vehicles which are normally converted from vans by third parties is also growing. 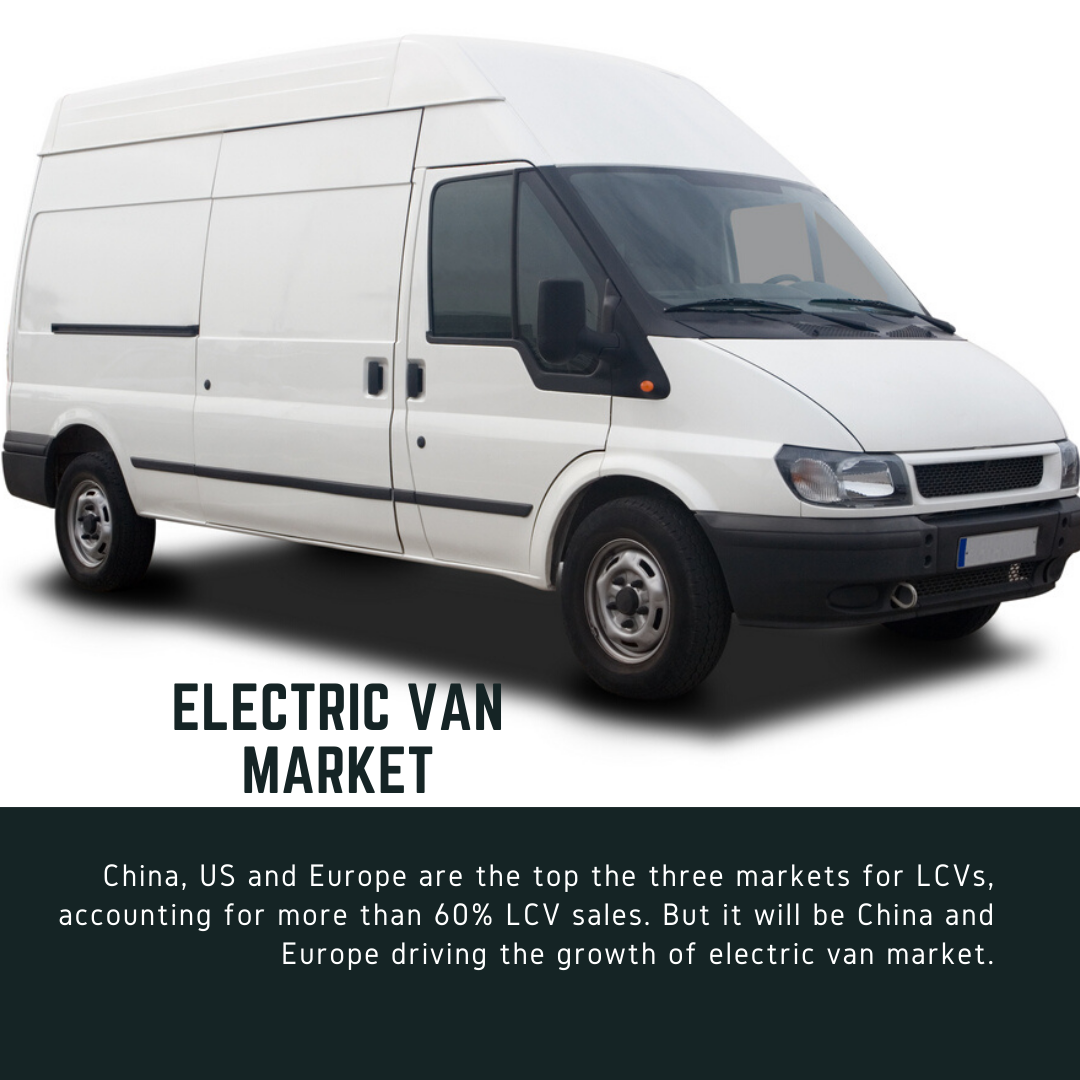 Ford’s midsize Transit Custom PHEV van is expected to arrive towards end of 2019. Ford will also sell a fully electric van post 2021 to join Street Scooter, a company set up by the Deutsche Post DHL Group, which has a partnership with Ford.

Most of the electric vans will be available with two battery sizes (50-55/70-75 kWh) and are expected to deliver range of  200 and 300 kilometers respectively as per the new WLTP cycle.

The recent shutdown of DHL joint venture with Ford called Street-scooter after suffering years of losses come as a reality check to electric van market. When the production ceases later this year, the total financial writedown is expected to be in the range of $330-$440 Million .