Emissions from automobiles contributed to more than half of the carbon monoxide and nitrogen oxides in the atmosphere. Therefore, it makes sense that automotive OEMs are focussing on cleaner and more efficient engines.

In a combustion engine, one of the most efficient strategies for injecting fuel into the cylinder is the Gasoline Direct Injection or the GDI type of fuel injection. Basically in a GDI type of injection, the gasoline is highly pressurized, and injected via a common rail fuel line directly into the combustion chamber of each cylinder, as opposed to conventional multipoint fuel injection that injects fuel into the intake tract or cylinder port. 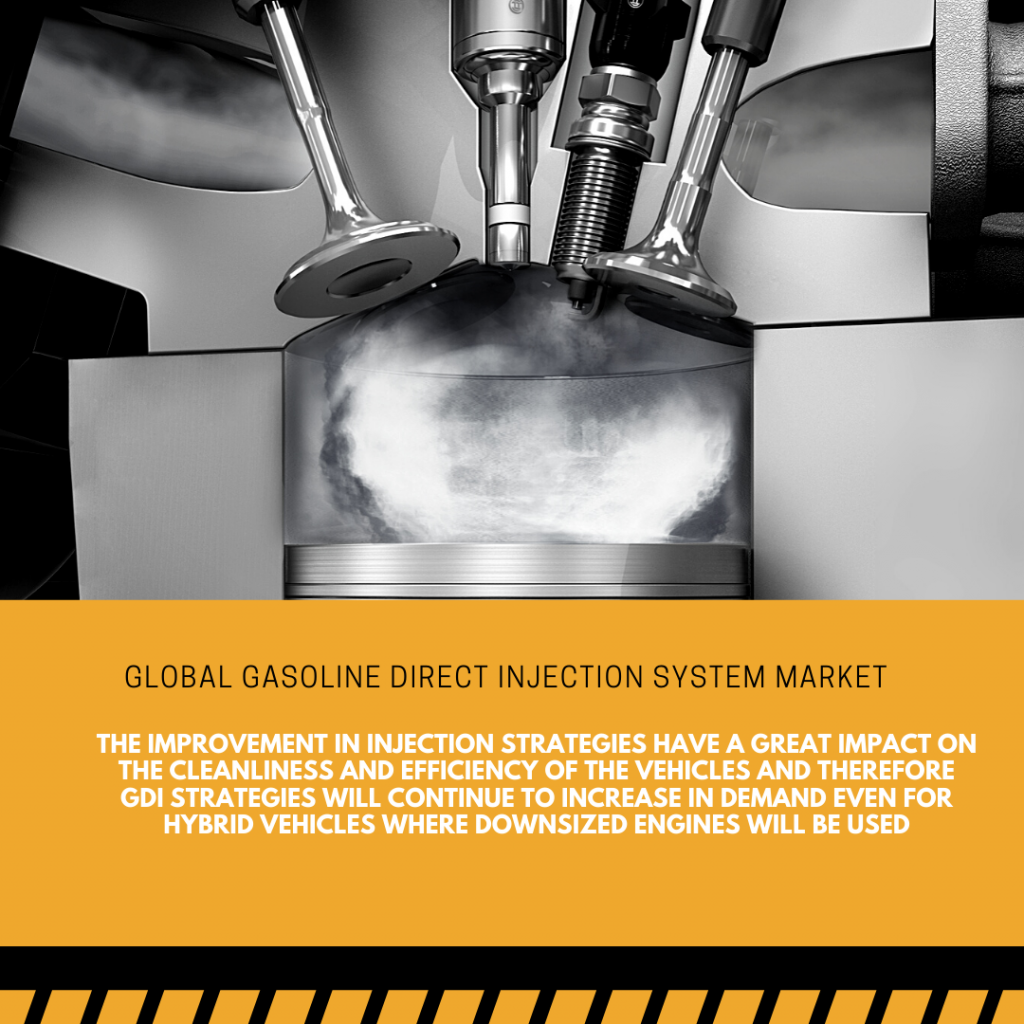 Increase in demand for fuel efficient, high performance and low emission vehicles combined with stringent regulations is driving the need for improvement and implementation of GDI strategies in new vehicles. Some of the significant advantages of GDI are engine downsizing, improved engine performance & thermal efficiency, high fuel efficiency, turbocharging, and significant reduction in emission.

Nevertheless, challenges lie in being able to address the challenges of GDI for its high cost and high particulate emission through exhaust systems.

The global GDI market is expected to grow at roughly 9.2% CAGR until 2024 due to the current ongoing need to improve efficiency of combustion engines. In 2015, the global gasoline direction injection market was valued at about USD 3.5billion and is expected to reach USD 9.7billion by the year.

Many auto manufacturers including BMW, Audi, Daimler, Volvo are implementing GDI strategies to make their gasoline engines more and more efficient, and therefore the demand for GDI systems is expected to surely see an increase in demand in the upcoming years.

Since April1, 2020, the Government of India has banned the sale and registration of motor vehicles conforming to the emission standard Bharat Stage IV in the entire country. This has given rise to auto manufacturers also needing to comply with the new Bharat Stage VII guidelines.

Such stringent requirements have also forced auto manufacturers to release BS6 compliant vehicles which are much cleaner and more efficient. Some standout points of the BS6 in terms of the engine are mandatory DPF and SCR in all diesel vehicles.

Besides these, Real Driving Emission (RDE) will measure a vehicle’s emissions in real time conditions against laboratory conditions. OBD and catalytic convertors have also been made mandatory.

The most relevant point is the introduction of EFI (Electronic Fuel Injection) instead of carburettor and this is surely going to change the need for better and more efficient fuel injection systems. GDI, in principle, ensures higher pressure of fuel injection into the cylinder and therefore better combustion of the fuel-air mixture.

Better combustion means better efficiency and therefore direct injection strategies will be largely implemented in the cars in the future. Since gasoline vehicles contribute to a major chunk of the Indian passenger car market, GDI will certainly see a boom in the upcoming years.

The automotive industry is going through a transformational time where the powertrain is taking new shapes. The drivetrain is changing from a completely fuel driven variant to either hybrid or fully electric driven variants.

Nevertheless, in terms of fully electric drive, the implementation and usability still remain a challenge and therefore will take a few years until it confidently reaches the hands of a common man. Until then, there are visible changes we can witness in terms of drive train improvements and its efficiency.

The improvement in injection strategies have a great impact on the cleanliness and efficiency of the vehicles and therefore GDI strategies will continue to increase in demand even for hybrid vehicles where downsized engines will be used. Especially in countries in the Europe, implementation of superior GDI technologies will be fast paced due to their stricter emission regulations and CO2 targets.