Heating , Ventilation and Cooling(HVAC) of a car is a major criterion in a buyer`s purchasing experience as it has a direct effect on the cabin comfort and overall driving experience. Till early 2000`s, >97% of cars produced had reciprocal compressors, which sapped engine power to compress the intake ambient air. But, now as the industry progresses towards fuel efficient and electrified cars, electric/scroll compressors are getting prominence.

The first shift from the reciprocating compressor to E-compressor started happening in the 2012-2013 time frame when European luxury car manufacturers started using it in their luxury cars to improve fuel economy by 2-3%. More than E-compressor, the market was driven towards a variable displacement compressor, which was in line with the growth in other ancillaries like variable displacement oil pump and electric coolant pump.

At that point of time, the volume shift was driven by fuel economy benefits and vehicle electrification trend but the reach was limited to higher segment cars. The move to e-compressor gained real momentum only after 2015, when sales of low-cost Chinese branded electric vehicles in China started growing by 100%. 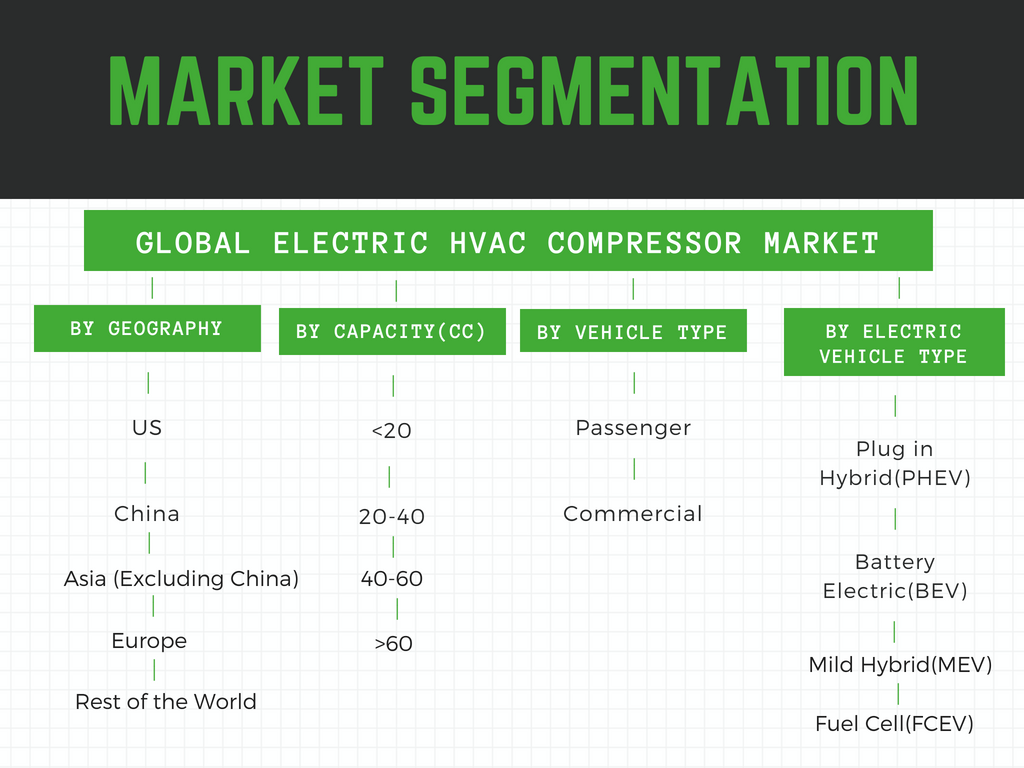 In EVs, the use of air conditioners and other electronic components has a significant impact on the cruising distance.

To address the issue Sanden will combine its air-conditioning expertise with Nidec’s traction motor and inverter expertise to accelerate the development and commercialization of an integrated thermal management system for air-conditioning and drive systems for future electric vehicles.

Denso included its first electric compressors into product line-up first in 2012. Denso was responsible for the world’s first mass-produced electric compressor with an integrated inverter and motor.In terms of e-compressors for passenger cars they were first installed in Ford’s Focus electric vehicle in 2012. Denso has been the world’s largest OE suppliers of A/C compressors.  As per the company, its` thermal management technologies including engine cooling is fitted as original equipment to almost 25% of European cars.

In November 2019, Pierburg developed an “Electric Climate Compressor” driven by an electric motor. The new unit is of compact design so that it can fit in the usual installation spaces and serves the regular voltage levels HV2 and HV3. The three modules—mechanical compressor unit, electric motor and power electronics—are modularly integrated.

In China, EV Sales in 2020 witnessed continuous drop in sales over the 6 month period. Phasing out of subsidy for EVs and pandemic outbreak are the chief reasons for this.The Dual credit policy expected to replace the subsidy policy is estimated as the main driver of Chinese EV sales in the future. The EV sales are expected to make up about 25% of the new car sales in 2025 and the policy is estimated to play a crucial role in this.

Post COVID, we are witnessing protectionist policies in auto component sourcing play out at a much higher level than before.As per recent announcement(3rd June 2020) GM is not planning on importing any major EV component and will source all of them domestically at competitive prices.

The present market size is driven by growing BEV sales in China but in Europe, it’s the replacement of Diesels by 48V Mild hybrids that are driving the market.

In 2019, Shanghai Highly group witnessed an YoY increase of 7.4% in the Automotive HVAC market, as the sales volume reached 30,680,000 units. In case of electric scroll compressors, they achieved a sales volume of 188,100 units, 86.93% up on a YoY basis. Highly’s market share in new energy vehicles accounted for 15% with 7% points up on YoY basis.

Reciprocal compressors are still the dominant HVAC technology for the automotive application, accounting for >70% of the market but the electric scroll compressors are expected to grow at more than XX% CAGR during next 5 years. To know more about Electric Vehicle HVAC market– read our report

The global automotive electric HVAC compressor market size in terms of volume is estimated at 5.4 Million units in 2019  growing at a 19% CAGR till 2025.

About 72% of total automotive Electric HVAC compressors are manufactured in Asia. High technology maturity being the prime reason for that. Scroll compressors are fast replacing rotary compressors globally as well as in Asia. Since the avg cost of an electric scroll compressor lies between $XX-$XX, the suppliers predominantly manufacture in high volumes in Asia and getting it shipped to Europe and North America.

The high scale protects the margin and the added burden of long distance transportation. As of now, most of the suppliers are working on reducing the weight and size of compressors to make it an easy fit for mild-hybrid architecture.

In August 2019, Marelli the subsidiary of Calsonic Kansei has entered into a partnership Chinese firm Shanghai Highly Group expert for compressor manufacturing. The JV is between the JCH (Johnson Controls-Hitachi Air Conditioning) and Highly group. This will allow Marelli with greater access to Chinese market and strengthen its business in EDC for passenger vehicles. The JCH holds 25% of the JV and the total investment in the JV is $38 Million.