Automotive sensors are integral part of the vehicle. They are designed to detect, transmit, record and display the vehicle performance information directly or indirectly to the driver. Sensors monitor vehicle engines, fuel consumption and emissions, along with aiding and protecting drivers and passengers. The major factors driving the sensors market are the increased safety standards with regard to passengers and technological advancement in the segment. The development of connected car technology is seen as the important driving factor in the sensors market.

Stringent regulations from the government across the world to implement laws regarding emission standards and mandatory safety of passengers are expected to drive the market. The introduction of different Advanced Driver Assistance System (ADAS) sensors such as LiDAR and Ultrasonic sensor has been massive technological advancements propelling the sensors market.

Among the type of the sensors used the position or the level sensors have been the leader in the market. Since these are found in most of the components such as engine, chassis transmission, brakes to determine gear, throttle, pedal and steering wheel positions. Also position sensors holds the largest share because they are find in larger numbers in passenger cars, such as seat position, wiper position and sunroof position. In the future the image sensors are expected to see considerable growth as the image sensors find application in ADAS. The rise in autonomous cars will boost the image sensors as they play a crucial role for this segment of cars.

The below graph shows the market share of different sensors: 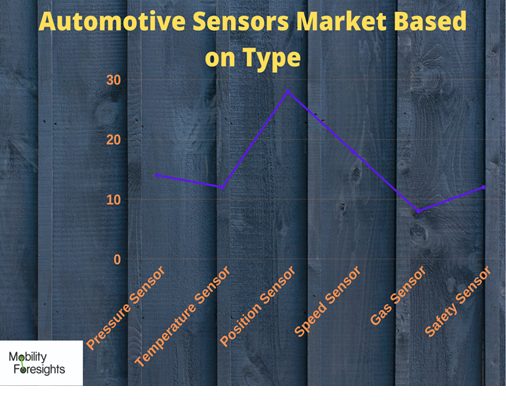 Powertrain sensor holds the largest size in sensors market since they comprise of almost every type of sensor. They use position, speed, pressure, temperature and knock sensors at various parts of Powertrain. 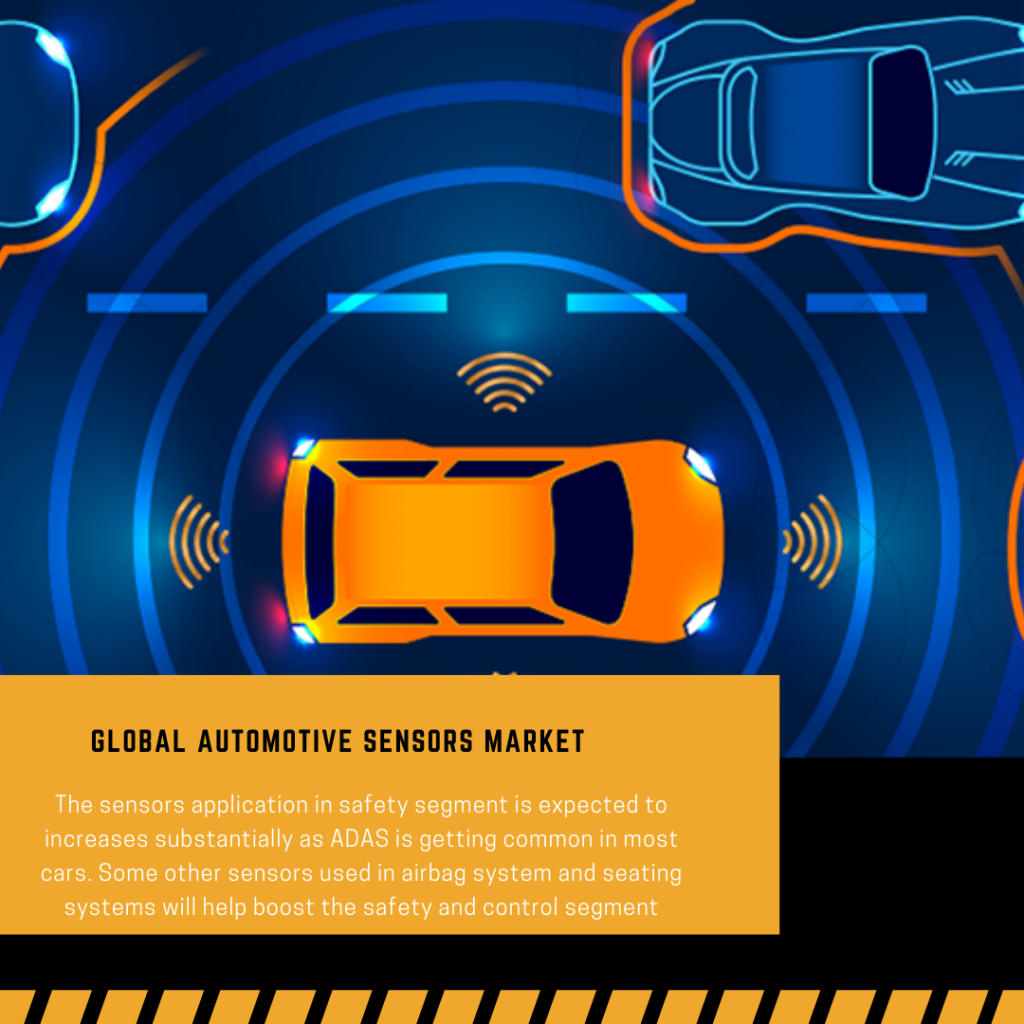 The sensors application in safety segment is expected to increases substantially as ADAS is getting common in most cars. Some other sensors used in airbag system and seating systems will help boost the safety and control segment. The sensors involving telematics might well be biggest rise as the connected car and autonomous car market will surge in the future. 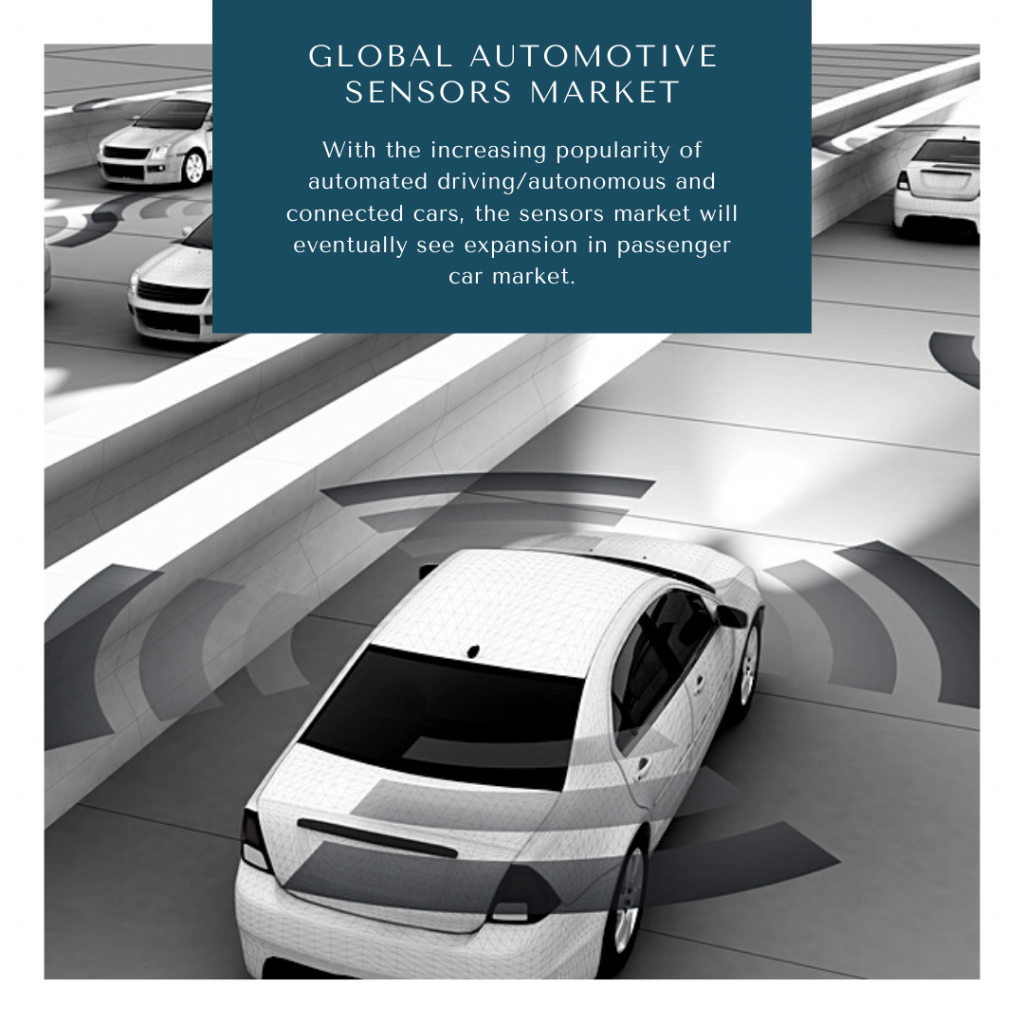 Passenger cars dominate the market based on the vehicle type as the sensors in these cars help enhance the safety and comfort of the passengers than any other vehicle. With the increasing popularity of automated driving/autonomous and connected cars, the sensors market will eventually see expansion in passenger car market. The commercial vehicles especially HCV such as the trucks used in situations will draw the sensors market as the safety at the highest order is essential in and around the trucks. Features such as Blind Spot Detection (BSD), Automatic Emergency Braking (AEB) and Forward Collision Warning (FCW) will increase the penetration of sensors in commercial vehicle sector.

US market holds the major chunk of share in the global market. The stringent regulations regarding driver’s safety and the constant R&D investment on automation in driving are driving the US market.

Europe’s move to make 9 driver safety requirements to be mandatory by 2022 will potentially boost the sensors supporting ADAS application in passenger cars. In the presence of major automotive sensors manufacturers, Europe holds considerable share in the market.

China with highest population of electric passenger vehicles will drive the sensors market as they need more sensors than traditional vehicle as the telematics in EV demand more sensors.

Since the sensors are subjected to constant updates and the need to bring these changes to the sensors to enhance the safety and comfort of the driver and passengers the technology has been dynamically changing and this will lead to new products boosting the market. 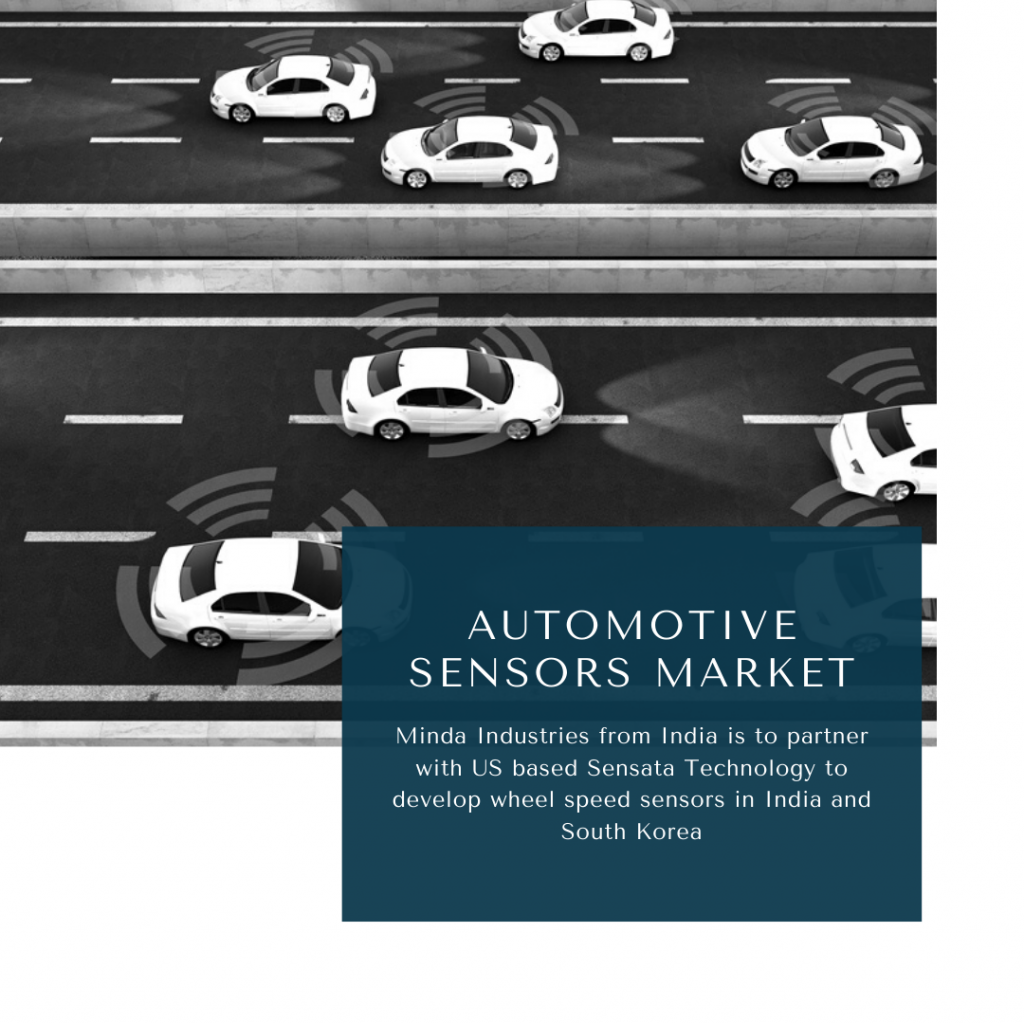 Various sensors are being developed to eliminate the distraction and intoxication of drivers, thus increasing the safety of the passengers. Volvo has been deploying these sensors from the model year 2021.