UAV (Unmanned Aerial Vehicle) or generally termed Drones, is a type of airborne system, which can be operated remotely by an operator or can be automatically controlled via onboard micro-computers. They can be used for military as well as commercial purpose. They have cameras, GPS and can be solar powered with heavy payload carrying capabilities. 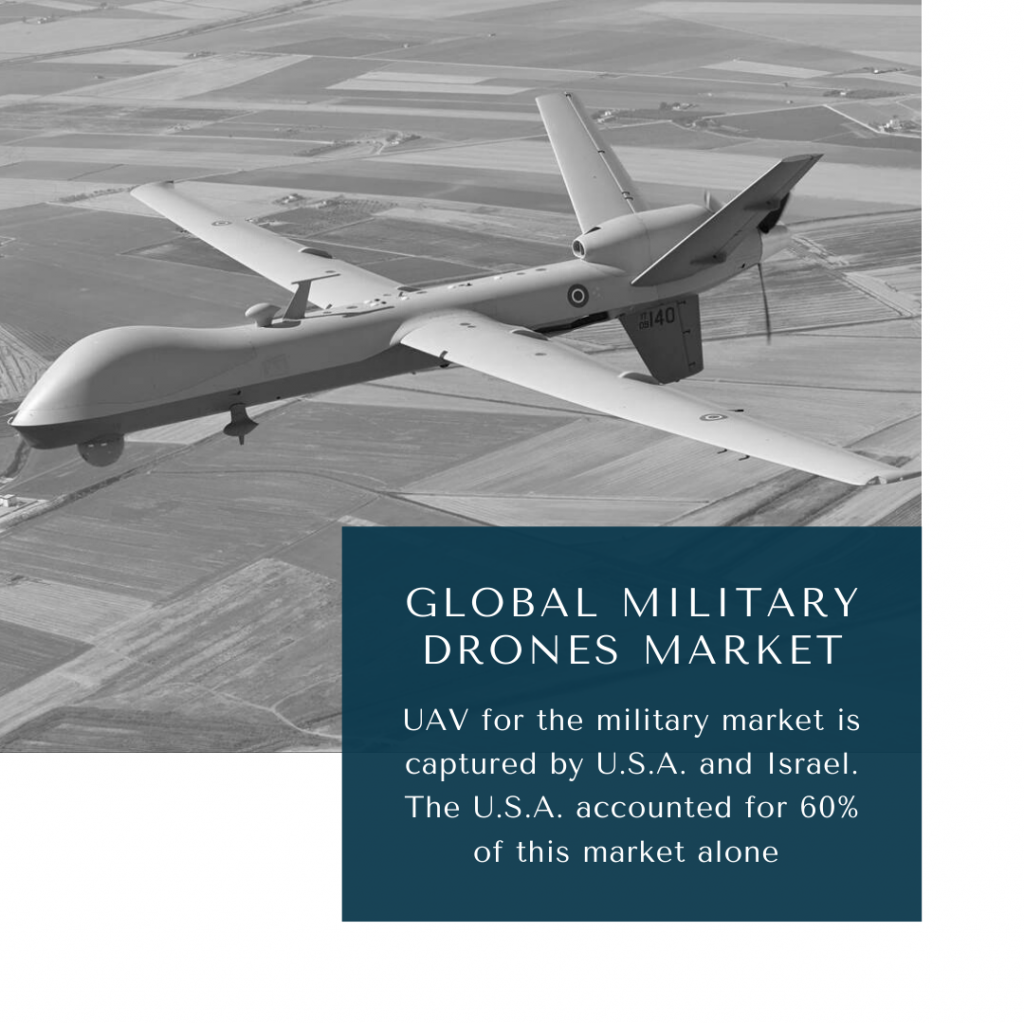 As the name suggests, these kinds of drones have fixed wings and need constant movement for their drift.

These are simple in structure, and thus maintenance and repairs are easy.

These types of UAVs can be self-propelled. They use the forward thrust, which is generally generated by a propeller turned by an I.C. engine or motor. They can also operate using Solar power.

They cannot remain stationary as a Rotary wing UAV and need a launcher or runway to take off.

Fixed-wing UAVs are of different types-

These kinds of UAV consist of 2 or 3 rotor blades on a fixed mast (rotor). Depending on the number of rotors they are classified into-

It does not need a propeller to move forward, the rotor blades themselves are in movement which produces the airflow to generate lift.

Rotor blades are used to generate variable thrust and torque to raise or lower the altitude.

It can take off and land vertically, even in a smaller vicinity. It can hover around easily.

Military UAVs are mainly used for ISR (Intelligence, Surveillance and Reconnaissance) purpose. They can be small size to large size depending upon the task purpose.

UAV for the military market is captured by U.S.A. and Israel. The U.S.A. accounted for 60% of this market alone in 2017.

The United Kingdom and India remain the world’s largest importer of military UAVs.

UAV’s market for civilian is new as compared to Military UAVs. These UAVs are mostly used for transportation and logistics delivery by e-commerce companies.

These are also used in Agriculture as a part of smarter agricultural solutions since the demand for food production is increasing day by day.

In developing countries like India, Government are sponsoring startups based on civilian UAV market.

China accounts for more than 70% of the worlds Civilian UAVs.

Companies such as Amazon, Uber and Walmart are planning to use UAVs to improve their catch in the e-commerce and transportation industry.

A considerable number of startups are being started in the field of UAV in developing countries of the Asia Pacific region. Funding from developed countries and local Government support is helping these startups to research and innovate in this field.

Increase in the number of border tension and activities from intelligence agencies in the region has led to a vast demand for UAVs for ISR (Intelligence, Surveillance and Reconnaissance)  purpose.

The European Union And NATO has been facilitating the military with advanced drones via technology diffusion, funding etc.

The commercial sector has mainly been using small UAVs for logistics and transportation purpose.

Due to spying and intelligence-related issues near borders, Europe has been importing vast numbers of UAVs in recent years, and the demand is expected to grow in the years to come.

Middle east has been a centre of military activities for a few decades now. Rising tension at the borders and political agendas have led to much unrest in the region.

ISR operations using UAVs have increased in recent years, mainly due to fear of losing army personnel in the field.

The U.S. and Europe are the biggest exporters of UAVs in the region. China is the new player in this region in recent times.

World’s top five companies in UAV are from the USA only. The market has been booming for a long time in the field of the military as well as commercial.

Rules and regulations have already been drafted in the region regarding the use of any kind of UAVs.

With the demand in advance technology in UAVs, North America remains the biggest exporter of military UAVs in the world.