Radars have been used by Militaries across the globe for past 80 years now. What used to be just a blip on the screen when a contact was made, now even basics radars can detail on the size of object and type of contact. 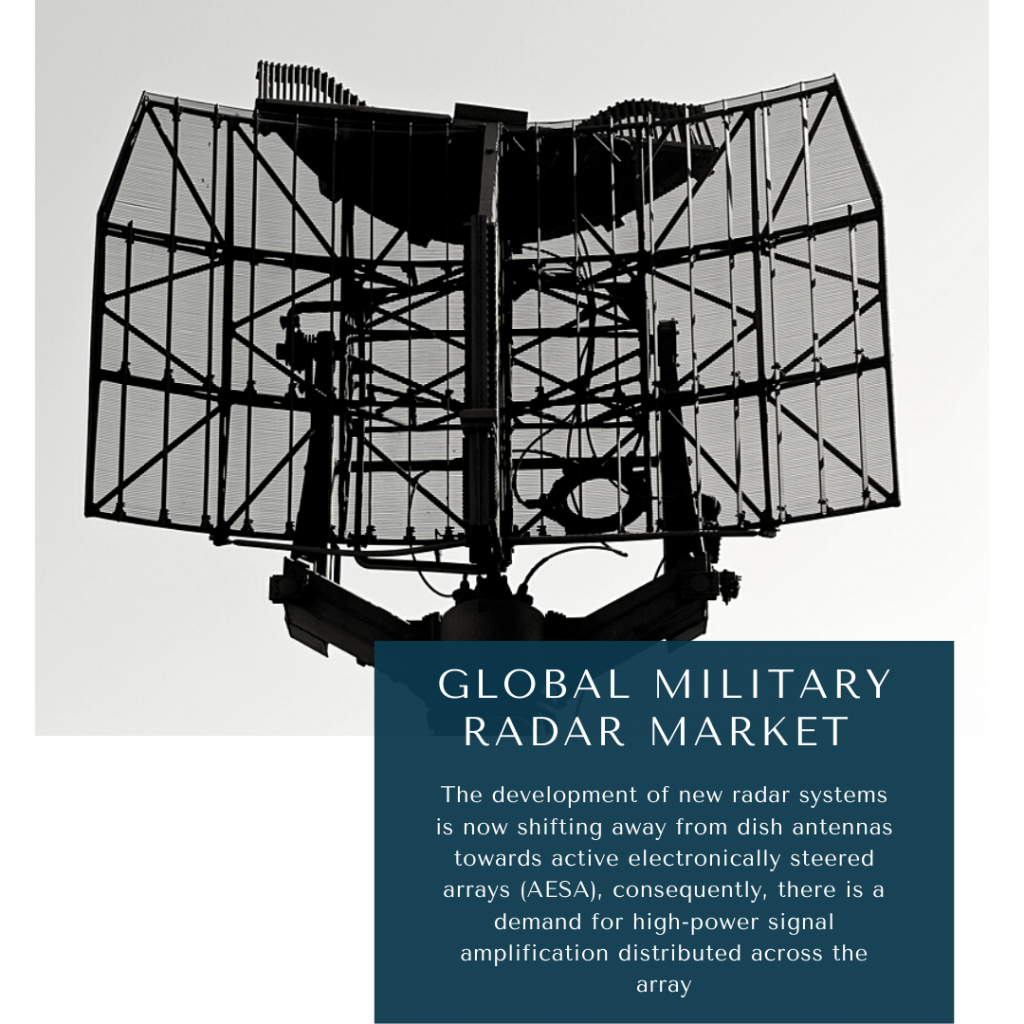 As battlefields become non-linear and a 360-degree protection is more important than ever, the role of an advanced radar system is even bigger now.

The military radars have come a long way and the market is moving towards modern electronically-scanned array radars, the advantage is that a simple software change can change what targets they’re optimized against: without making any changes to the hardware.

Solid-state technology turned out to be the biggest game changer in development of new age radars. Coupled with RF chips, allowed them to move to active electronically steered arrays

Russia is looking to further expand and upgrade its surveillance capabilities in the arctic region. During 2014-2019, Russia constructed three Resonance-N radar installations, two of which are located in the Arctic. The advanced radar system is designed to detect and track up to 500 targets simultaneously traveling at speeds up to Mach 20.

Among the important opportunities that every Radar manufacturer must look into is that today’s radar systems are not capable of seeing far enough out to detect hypersonic weapons. The new gen Radar systems will need to see thousands of kilometres (rather than hundreds) out to provide warning about incoming hypersonic threat. To know more about Hypersonic missiles market, read our report

March 2020- Northrop Grumman won a $262 Million contract for Active Electronically Scanned Array (AESA) radars to be fitted on F-16 aircraft for the U.S. Air Force to be completed by December 2022

December 2019–   SAAB received an order for components and subsystems from US Marine Corps. The contract value was $31.9 Million, and included options for additional systems over a five-year period. Deliveries expected between 2020 and 2024.

Nov 2019– Mercury Systems was chosen by Raytheon for its signal-processing and RF solutions as part of its advanced Lower Tier Air and Missile Defense Sensor (LTAMDS) program.

Sep 2019– Lockheed Martin signed a contract with the U.S. Army, worth $281 Million to develop Sentinel A4 radar, a high-performance modification of the Sentinel A3 (AN/MPQ-64A3) air and missile-defense radar

July 2019– Raytheon won the contract to design, develop, produce, and sustain active electronically scanned array (AESA) radar systems for the entire U.S. Air Force B-52 fleet. The upgrade will improve mapping and detection range, increase in the number of targets it can simultaneously engage, and enhanced reliability. Production is scheduled to begin in 2024

June 2019– Saab received a follow-on order from the U.S. Navy for the Sea Giraffe Multi Mode Radar (MMR) for the Coast Guard

The global Military Radar market size is estimated at $XXM in 2020, growing at –% till 2025.The market will continue to be driven by retrofit and tech upgrade programs undertaken by Militaries across the globe.

Raytheon is using extensive automation and a new gen high-efficiency gallium nitride (GaN) material instead of the traditional gallium arsenide (GaS), to accelerate development of the Lower-Tier Air & Missile Defense Sensor(LTAMDS). In Oct 2019, it won the $384 Million contract to deliver six production-representative units of the Lower Tier Air and Missile Defense Sensor, or LTAMDS by end of 2022. In May 2020, it was also announced that Raytheon’s SPY-6 radar will be integrated into several US NAVY ships.

In Jan 2020, Italian defense group Leonardo announced that it will provide a RAT 31DL/M air-defence radar system to the Indonesian Air Force (IAF)