In March 2004 Epson launched first Mirrorless camera with Lecia M-mount lens called “R-D1” Although it had a drawback of Live Previewing the Photo. 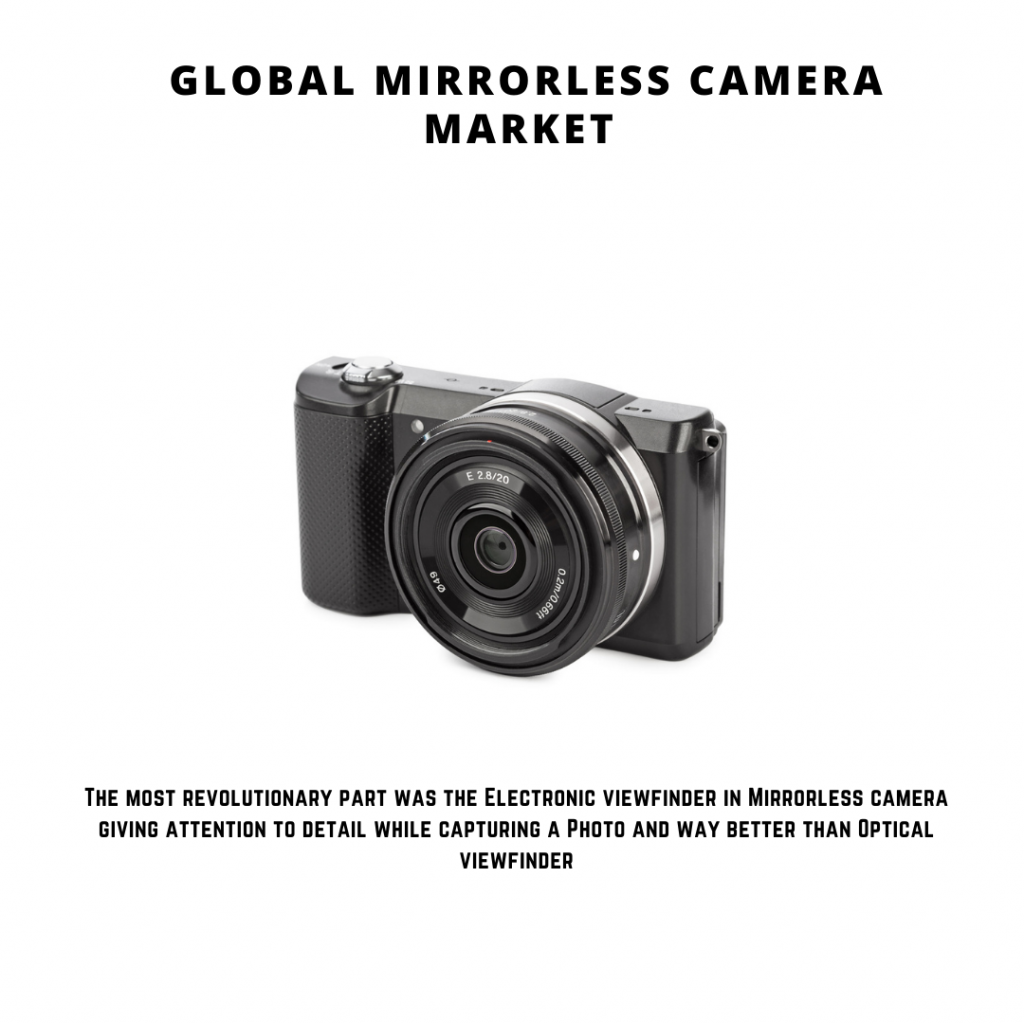 The most bought Digital Camera currently in the market are DSLR (Digital Single Lens Reflex) and Mirrorless Camera. The only difference between these two is that in DSLR, light from lens gets reflected by the mirror up to prism and then falls on Image sensor, Image Previews in screen.

But in Mirrorless Camera the light from lens directly fall on Image sensor then previewed on screen / some cameras will have Electronic viewfinder. Hence making Mirrorless camera more Compact, lighter and Faster.

The most revolutionary part was the Electronic viewfinder in Mirrorless camera giving attention to detail while capturing a Photo and way better than Optical viewfinder.

In 2013, the Mirrorless camera shipments was only 5% Globally compared to Total Camera Shipments

The Digital camera sales came down by 87% globally from 121mn units to 15mn units, due to rise in Smartphone Industry.

Olympus had a big hand in kicking off the compact-but-capable mirrorless camera movement it co-created the Micro Four Thirds format with Panasonic, launching Olympus OM-D E-M10 shrinking the size and price of premium cameras.

Sony released E mount cameras (A6000, A6300, A6500) and (Alpha7, Alpha7R) in 2013 and 2014. The A7s are the most advanced and expensive mirrorless cameras Sony has ever produced. They may look similar to the company’s line of NEX cameras (DSLR), but the A7s have one significant difference a much larger image sensor.

Bigger sensors simply produce better pictures, and the full-frame sensor in the A7s is one of the biggest you can get in a consumer-level camera.

By 2014, new products like Fujifilm X-T1, Nikon V3, Panasonic GH4 had mad their way into the market.

In 2014, Olympus sales increased by 22.4% also Sony and Fujifilm report rise in revenue in camera sales, their operating income was increased 9% ($169mn) and 8%($35Mn). Globally, the sales of mirrorless cameras had increased by 24.4% as compared to last year (2013), with the most significant increases in Japan and Europe.

Global shipments of mirrorless cameras by Japanese makers grew 29.2 percent in 2017 from the previous year, while those of SLR cameras fell 10.1 percent in the same year.

In 2018, global shipments of single-lens reflex cameras declined by about 16% year-on-year to 6.22 million units, while mirrorless sales increased by about 3% to 4.28 million units.

Nikon’s Z7 offers a class-leading 45.7 megapixels – useful for delivering huge prints or to tightly crop into an image after it is taken. When it comes to autofocus, Canon’s EOS R may have the upper hand, thanks to its 5,655 manually selectable focus points.

Legacy camera makers Canon and Nikon are also keeping up by incorporating some AI (Artificial Intelligence) in their products. Canon has developed a smart flash called the AI Bounce while Nikon has developed the Polycam Player. Market players will have to invest in AI and add more of these features to their camera lineup.

Nikon launched the Z7 and Z6, which are the company’s debut attempts at full-frame mirrorless camera. The Z series is modelled after Nikon’s flagship D850 camera, these new models have a rugged quality, compared to the slightly more elegant design of Canon EOS M or even Sony’s A7 series.

Canon’s EOS R and EOS RP, and Nikon’s Z 6 and Z 7 had a fallback Globally. The Global and home market of all these companies (Japan), Sony – the maker of the world’s first full-frame mirrorless camera rolled out in 2013, has seen strong sales of the a7 III mirrorless camera since its release in March. Sony is clear leader in sales while Canon and Nikon have dropped.

Development, such as this, has encouraged the likes of Canon and Nikon to venture into the mirrorless camera segment. Players that are already offering mirrorless cameras are likely to extend their product offerings to cater to the rising demand. Therefore, the global mirrorless camera market is set to expand at a healthy pace during the forecast period.

As of now, Canon and Nikon have failed to surpass Sony with their latest models, and risk falling further behind the next generation of A7 cameras.

Sony’s autofocus system is miles ahead of both Nikon and Canon. Sony has a very powerful advantage because it builds its own sensors and electronics, and has more expertise in designing autofocus software, too. It’s clear just how far behind Canon’s sensors and processors are, judging by the lack of full-frame 4K, awful rolling shutter and slowest autofocus speeds.