Highlights of the report

1. More than 230 investors have invested more than $2.6 billion cumulatively in these 25 self-driving vehicle tech start ups  over past 5 years.
2. About 75% of the total funding ($1.9 billion) has been raised by California, US-based start-ups, followed by 12% in Europe and 8% by China.
3.4 out of 25 start-ups are from Israel, who have cumulatively raised $230 million till date.
4. A large number of start-ups have received much higher valuation in recent times than ever, primarily due to some big-ticket acquisitions by auto OEMs.
5. The top 20 investors in these 25 autonomous vehicle tech start-ups since 2012, including investment count, are

In 2017, these 25 start-ups raised a funding of more than $1 billion, which is more than 100% increase compared to 2016. There are more than 300 self-driving vehicle tech start-ups active globally and more than 50 of them in California, the US alone. Softbank is the biggest global investor in these tech start-ups where it has poured more than $35 billion till date. The total funding of all self-driving start-ups from both private and corporate investors has gone past $5.8 billion as of June 2018. It is worth mentioning that only a few of the start-ups are generating revenue and some are yet to showcase a clear path to scale up and ultimately become profitable.

Among the reasons for these high profile investments by auto OEMs in self-driving vehicle tech startups is that they want to develop “new business models” in the medium term, where car ownership might become a passe and carsharing, and ride-hailing might become the new normal.

2. Full-stack hardware and software companies, which are developing a complete autonomous technology solution

Hardware developers– Companies like Innoviz, Nauto, CYNGN, Autotalks which are either developing LIDAR or dashcam or DSCR(Dedicated short-range communications), just the same way turbochargers, Gasoline Direct Injection(GDI) were the cutting edge terms in the early 2000s

Autonomous shuttle/cab developers– This category includes French Start-up NAVYA group, AuroRobotics (Ridecell), Detroit based May Mobility, Easy Mile, and Zoox.They are developing autonomous shuttles which can be initially deployed in universities and business parks and later on in public transit.

The startups manufacturing full stack solution have seen the greatest amount of money coming in from auto OEMs.The start-ups involved in developing hardware have seen a lot of interest from Tier 1 suppliers as well as auto OEMs.For example, Israel based Innoviz Technologies has recently partnered with BMW to provide Solid State LIDAR, US-based Quanergy Systems has partnered with 4 auto OEMs including Hyundai.JLR, Tier 1 supplier Delphi and Renault-Nissan. 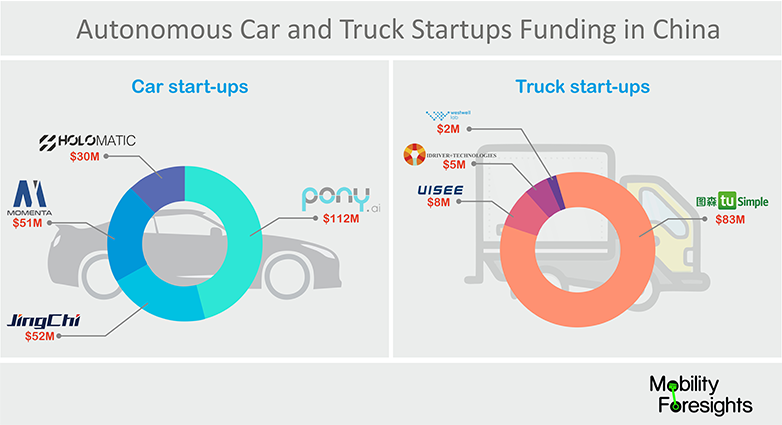 US is considered to be leading the way in terms of legislation for driverless vehicles. States in the US including Nevada, Florida, California, and Michigan have already passed laws concerning driverless cars. However, 15 states had bills on automated driving which have failed. The automotive and technology firms in the US have invested somewhere in the $35 billion to ~$45 billion range in self-driving technology in recent years, mainly through acquisitions and partnerships. 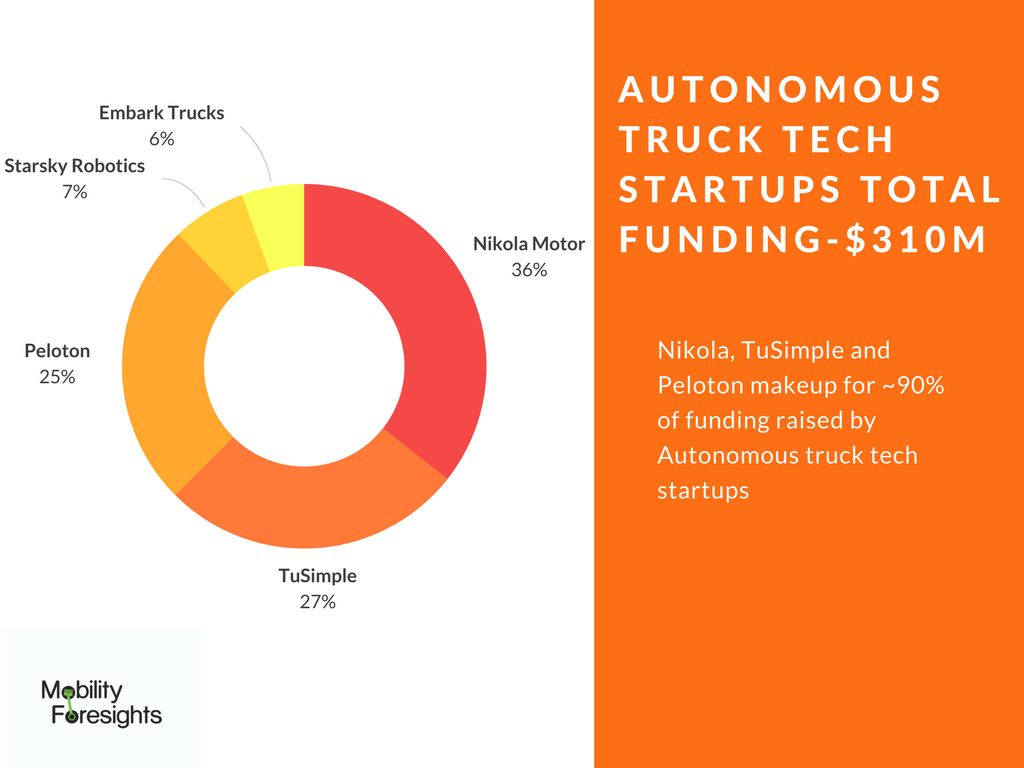 1. The funding history, business model, list of investors, growth goals and recent developments of all 20 start-ups

2. Insights about investors active in the space

3. The reason behind high valuation of Self-driving car tech start-ups

4. An implication of major acquisitions of self-driving car tech start-ups made by auto OEMs

5. The self-driving car start-up scene in the US, Europe, Singapore, Dubai and China

6. Legislations and new developments in the self-driving car industry in China, Europe, and the US

7. Which country will be the leader in self-driving space and why?

Read our blog on Top 5 self-driving vehicle tech startups in US,China and Europe

4.1. INVESTORS ACTIVE IN THE SPACE

4.2. TYPE OF START-UPS ACTIVE IN THIS SPACE
4.3. NEED FOR AUTONOMOUS TECHNOLOGY IN AUTOMOTIVE INDUSTRY
4.4. FUNDING RAISED, SEGREGATED BY SERIES A, B, C, D, AND E

4.5. THE REASON BEHIND HIGH VALUATION OF SELF-DRIVE TECH START-UPS