Natural gas can be converted into liquid that is known as liquefied natural gas (LNG).  At -162ºC in the presence of atmospheric pressure natural gas is converted to liquid. After liquefaction, the volume of natural gas is reduced 600 times of its original volume that makes it easier to transport from one place to another place as compared to other sources of fuel energy.

LNG is a green gas because impurities including dust, sulphur, carbon dioxide, some of the heavier hydrocarbons and water   vapours   present   in   natural   gas   are   removed   during   condensation.  After  removing  of impurities

It basically consists of methane with only small amounts of other hydrocarbons. Chance   of   flammability   decreases  after  condensation;   it   is   a   non-toxic,  non-corrosive  and odourless liquid. Liquefied natural gas is lighter than water, the weight of LNG is half the weight of water therefore it may float if spilled on water. 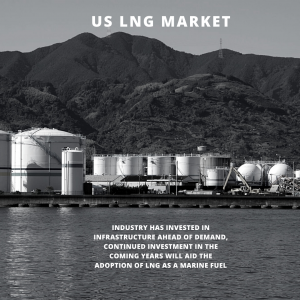 LNG is a cost-effective product and may be used as both fuel and raw material, it is a fast growing industry   so   it   will   be   sustainable   for  long  periods  and  enhanced   production   processes   in industries.   It   is   pure  methane  gas,   so  it  provides a cleaner   working  environment   with  low operational  and  maintenance  costs.

It is an  environment  friendly  and  green  gas option  usage wherein liquefied  natural  gas  infers to  complete   removal  of oxides  of   sulphur  and  cutback  of  oxides  of nitrogen emissions of up to 85%.  In addition, LNG also reduces carbon dioxide emissions up to 20%.

Natural gas is one of the world’s most important sources of energy. Today, approximately 30% of the world’s energy needs are met with this gas. Most of it is supplied in gaseous form by pipeline. However, over the past two decades, Liquefied Petroleum Gas (LPG), Natural Gas Liquids (NGL) and Liquefied Natural Gas (LNG) have become much more important in the world’s energy market. Natural gas and LNG in particular are expected to play an essential role in the world’s transition to cleaner sources of energy.

Natural gas is a major source of energy for several major Asian importers of Japan and Korea being the major importers. These import requirements are fulfilled through extensive long-term deals with the United States of America as part of continued supply and requirements.

The United States was expected to become a net importer of natural gas, while Russia’s state-owned Gazprom took a prominent position in the European market. The boom in US shale-gas production changed that. While the United States had been trading gas regionally by pipeline for decades, the shale boom allowed for the export of US liquefied natural gas, putting the two gas giants in competition.

The unprecedented rise in North American gas production not only made Russian gas uncompetitive in this market, but many LNG producers (including Qatar, Algeria, Nigeria, and others) targeted the United States and made significant investments in order to increase their LNG output. This wave of new liquefaction capacities came on stream in 2008–2009.

This market dynamics within the US LNG Market had made the country a net LNG Exporter to various nations including various European Union Nations. As gas use for power generation increases, the interdependency between the gas and electricity sectors can create regional reliability challenges.

Coordination between the two industries, including, for example, alignment of gas and electricity bidding and scheduling days, remains an issue that requires further attention. In some regions, gas-fired power generators lack incentives for procuring gas in time frames and at volumes that would provide market signals for gas industry infrastructure investment.

This has given the much-required dynamics changes in the US LNG market usage as part of product utilisation within the localised limits of the country other than the export capability. Thereby it gives the opportunity to increase the dynamical response and requirements being implemented at all times in the LNG Production capability of the US LNG market.

The US LNG Market can be segmented into following categories for further analysis.

US LNG Market By Installation Type

US LNG Market By Application

US LNG Market By Regional Classification

Virtually all operating large scale liquefaction facilities use liquefaction process technology developed by U.S. companies. The production of LNG from natural gas is based on three main processes: gas treating, dehydration, and liquefaction. Treating results in the removal of impurities from the raw gas and these comprise entrained particulate matter, mercury, and acid gases such as H2S and CO2.

The most common liquefaction process currently used for land-based LNG plants is the APCI-C3MR. The feed natural gas stream is essentially precooled with a propane refrigerant and the liquefaction is completed with a mixed refrigerant which is a mix of nitrogen (N2), ethane (C2), methane (C1), and propane (C3).

The C3MR technology is well-known and has high efficiency, ease of operation and reliability, with the use of readily available refrigerant streams. However, the use of propane as a key refrigerant requires some risk mitigation. 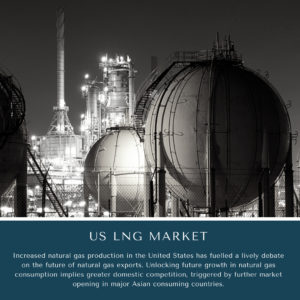 Propane is highly explosive, is heavier than air, and accumulates in low-lying areas – presenting an explosion risk if there is a leak. The hazardous properties of Propane drive some of the plant design by requiring that refrigerant storage tanks be located at some distance from the main processes.

The evolutionary approach has benefited the industry. The well-established LNG technology has given the US LNG Market a better outreach towards the LNG EPC bidders to integrate a level of confidence to bid on a lump sum turnkey basis, increasing the execution certainty of the companies developing LNG plant projects.

Interest in LNG as a marine fuel increased with the IMO 2020 regulations coming into force at the start of 2020, which will help reduce emissions, improve efficiency, and trigger cost benefits. While the industry has invested in infrastructure ahead of demand, continued investment in the coming years will aid the adoption of LNG as a marine fuel.

The US LNG Market adopts and houses one of the most influential and important reserves of LNG Regasification and Production plants in the global scenario. As more countries aim to shift their energy reliance to cleaner-burning fuel than coal or oil, companies are investing in the United States of America’s natural resources.

The Alaska LNG Mega-project will be one of the world’s biggest natural gas developments. Located in the industrial town of Nikiski, on Alaska’s Kenai Peninsula, the project includes a full LNG liquefaction plant, a storage and shipping terminal, an 800-mile pipeline running from the North Slope to the facility and a gas treatment plant.

The Corpus Christi LNG Liquefaction Plant is being developed by Cheniere Energy on one of their existing sites that was previously permitted for a regasification terminal. In total it will hold three to five liquefaction trains. The first stage of the facility, the construction of trains 1 and 2, is nearing completion. Train 1 began LNG production in November 2018, with approval granted for commissioning activities on Train 2 in January 2019.

THIS US LNG MARKET REPORT WILL ANSWER FOLLOWING QUESTIONS