Automotive Instrument cluster is a set of instruments and gauges that helps in understanding the functioning of vehicle at a single glance. Instrument cluster comprises of speedometer, tachometer, fuel gauge, warning indicators, pointers, sensors and electronic control unit. The display can be either of analog, digital or hybrid. It ensures driver’s safety as it keeps track  of car’s health and movement.

The growth in technology, has driven the demand for digital and hybrid instrument panels are driving factors of this market(by value). 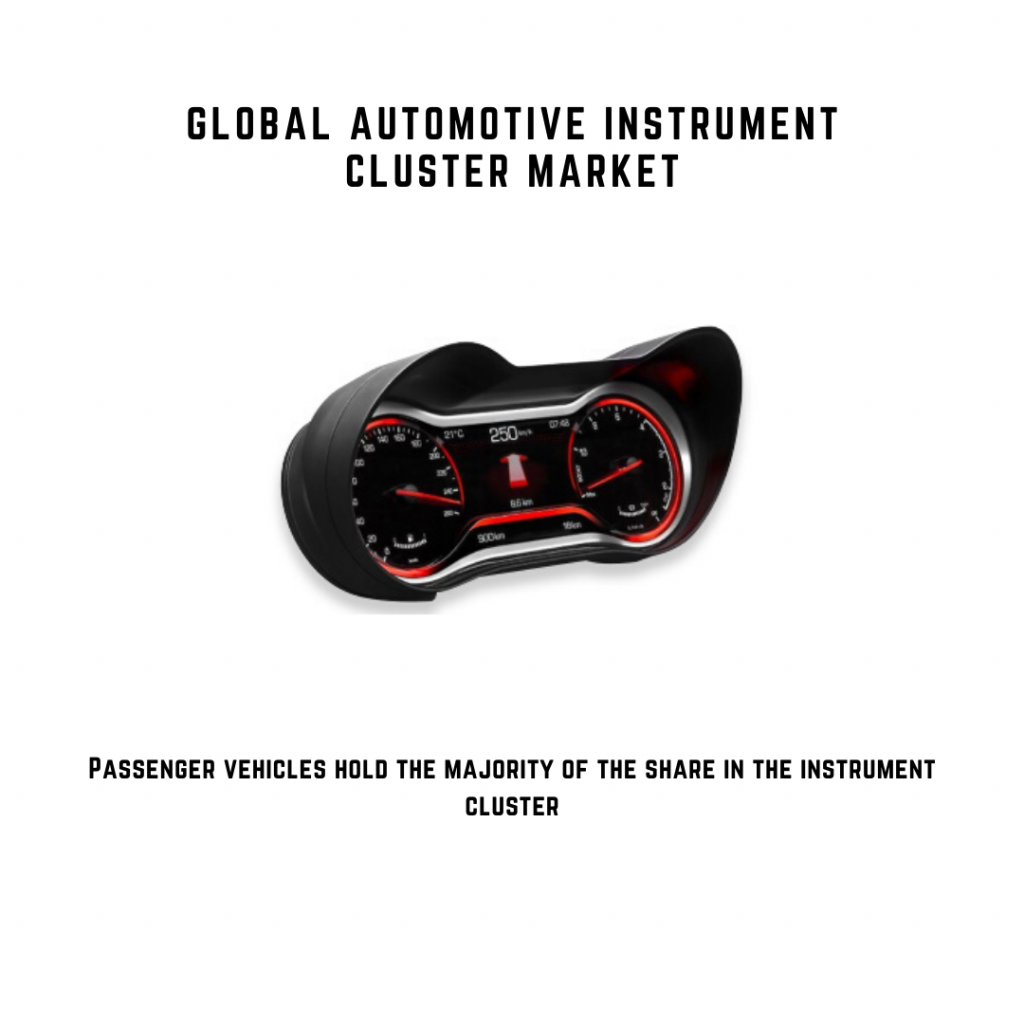 Rise in demand for high end passenger cars across the world is driving the Digital instrument cluster market. 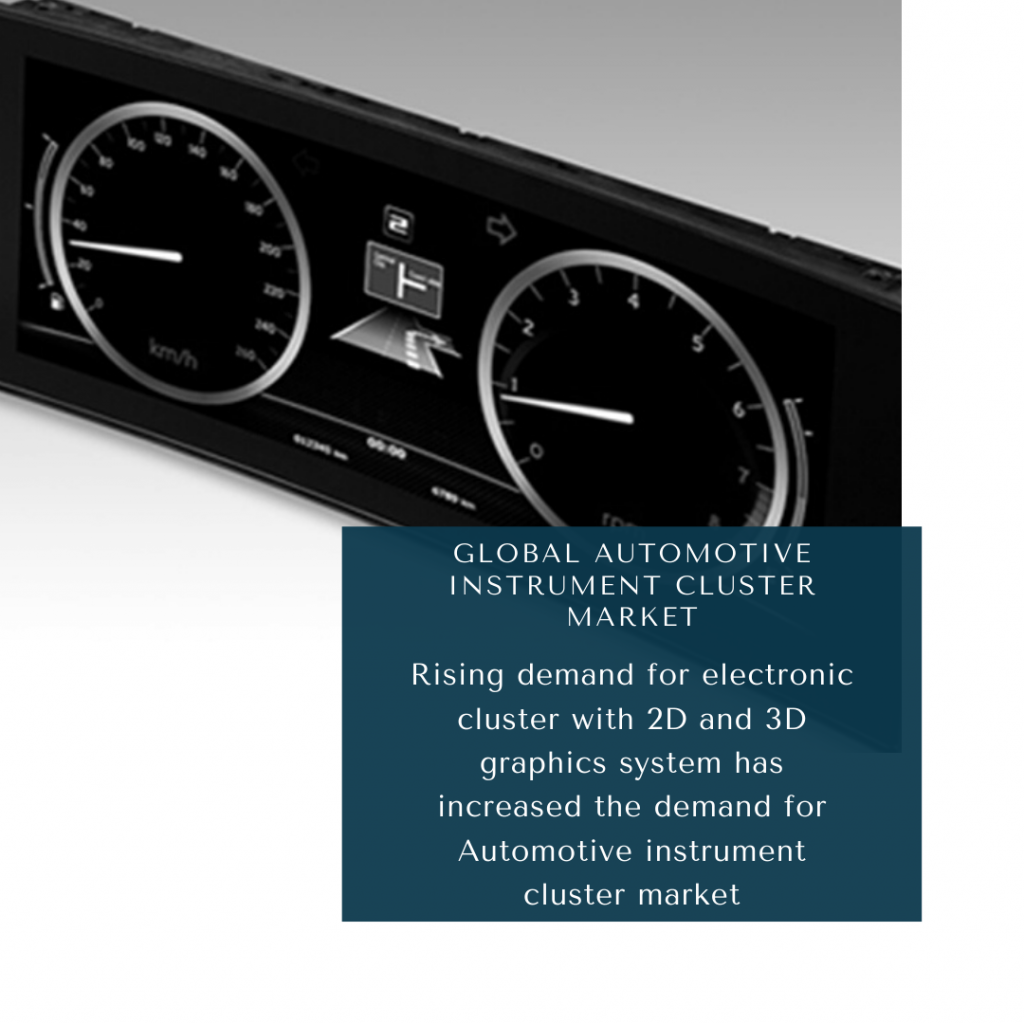 The electronic components such as display screen (mostly LCD), integrated chips, and control units are available readily and cheaper in cost. This has been a major factor in expanding the market.

MARKET BASED ON TECHNOLOGY

The digital instrument cluster market accounts for a small share of the market but has been growing at the fastest rate,especially in China.

The conventional analog instrument clusters can still be found in almost all entry level passenger cars.

The below chart shows the market share based on the technology: 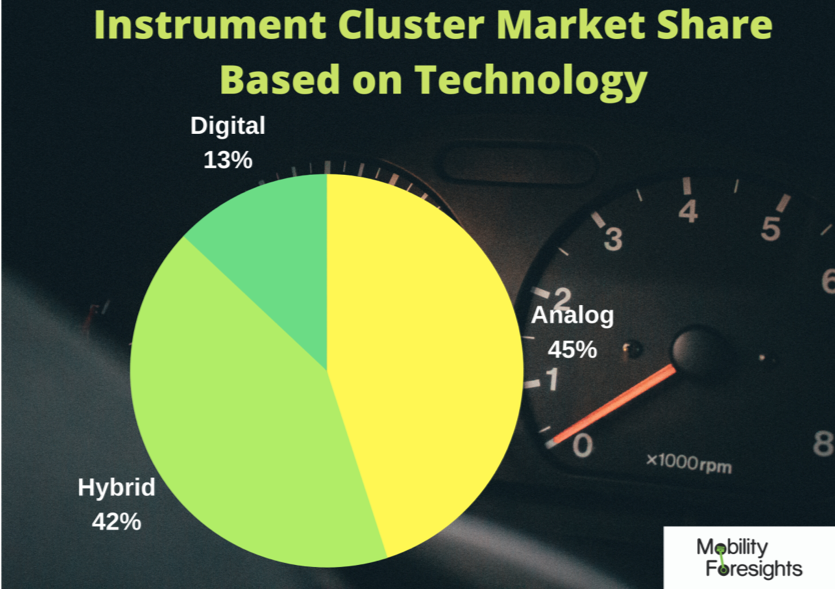 Passenger vehicles hold the majority of the share in the instrument cluster. High-end passenger vehicles attract larger market share as mostly they will be hybrid type and feature more options than other segment.

Globally, 10 Million commercial vehicles are sold per annum, which is ~12-15% of passenger cars sold and ~20% of two-wheelers sold per annum.

The 2 wheelers are sold in high numbers in Asia region, account for a sizeable instrument cluster market volume in the region. The MY 2018 onward  vehicles launched in the Asian market have a much higher Digital content.

The demand for SUVs and crossovers( 55% share in new car sales in 2019) will increase the instrument cluster market value in the country. Many top selling SUVs in US are fitted with digital instrument cluster as a standard option. 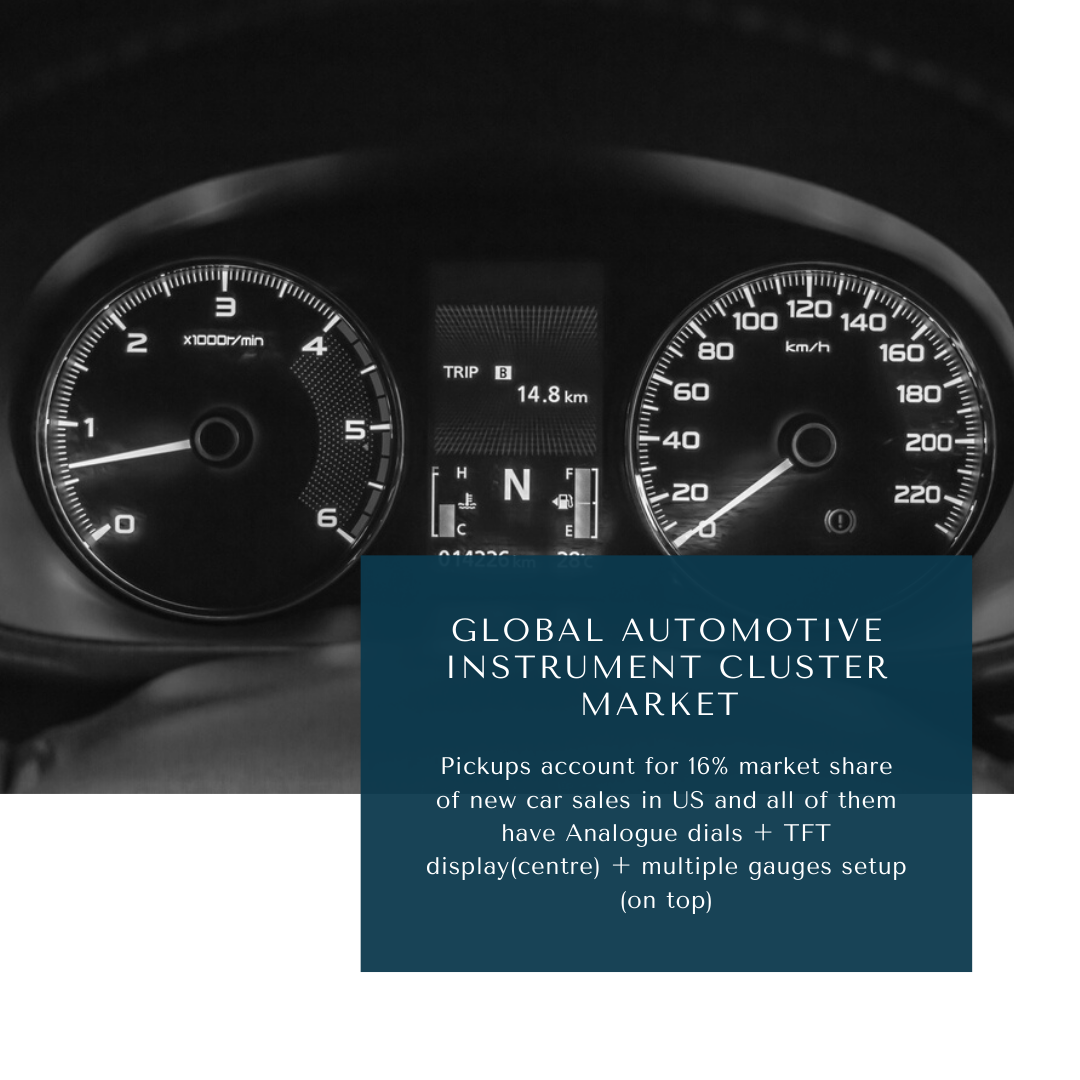 Pickups account for 16% market share of new car sales in US and all of them have Analogue dials + TFT display(centre) + multiple gauges setup (on top). Ford F-150, the top-selling US vehicle for more than four decades gets a 8 inch TFT display in centre for higher variants and 4.2 inch display for lower variants.

Among French OEMs, Renault offers a 7- inch TFT Display on many top-selling vehicles but not on its Budget brand Dacia. PSA group offers Digital instrument cluster on best-selling SUVs like 208,3008 and 2008.

Among the top selling vehicles most of them are fitted with hybrid instrument cluster, except for the budget cars such as Wuling Hongguang and Volkswagen Lavida which still have  analogue instrument panel.

The 2 wheeler market share is one of the highest in the world. This will increase the instrument cluster share among 2 wheelers.

Most of the top selling passenger vehicles are hybrid type instrument cluster. Very few are digital type such as Toyota Prius. The companies manufacturing instrument from Japan cluster are continuously investing on R&D to improve technology, this will boost the Japan’s market in this sector.

Till 2016, almost all cars sold in India had same instrument cluster provided on all variants except different tachometer readings in case of Petrol and Diesel. But, now there is clear differentiation between lower segment variants and higher segment variants of the same vehicle, and the design on Instrument cluster varies. Ex- 2019 Mahindra XUV 300, Hyundai Venue, 2020 Hyundai Creta. 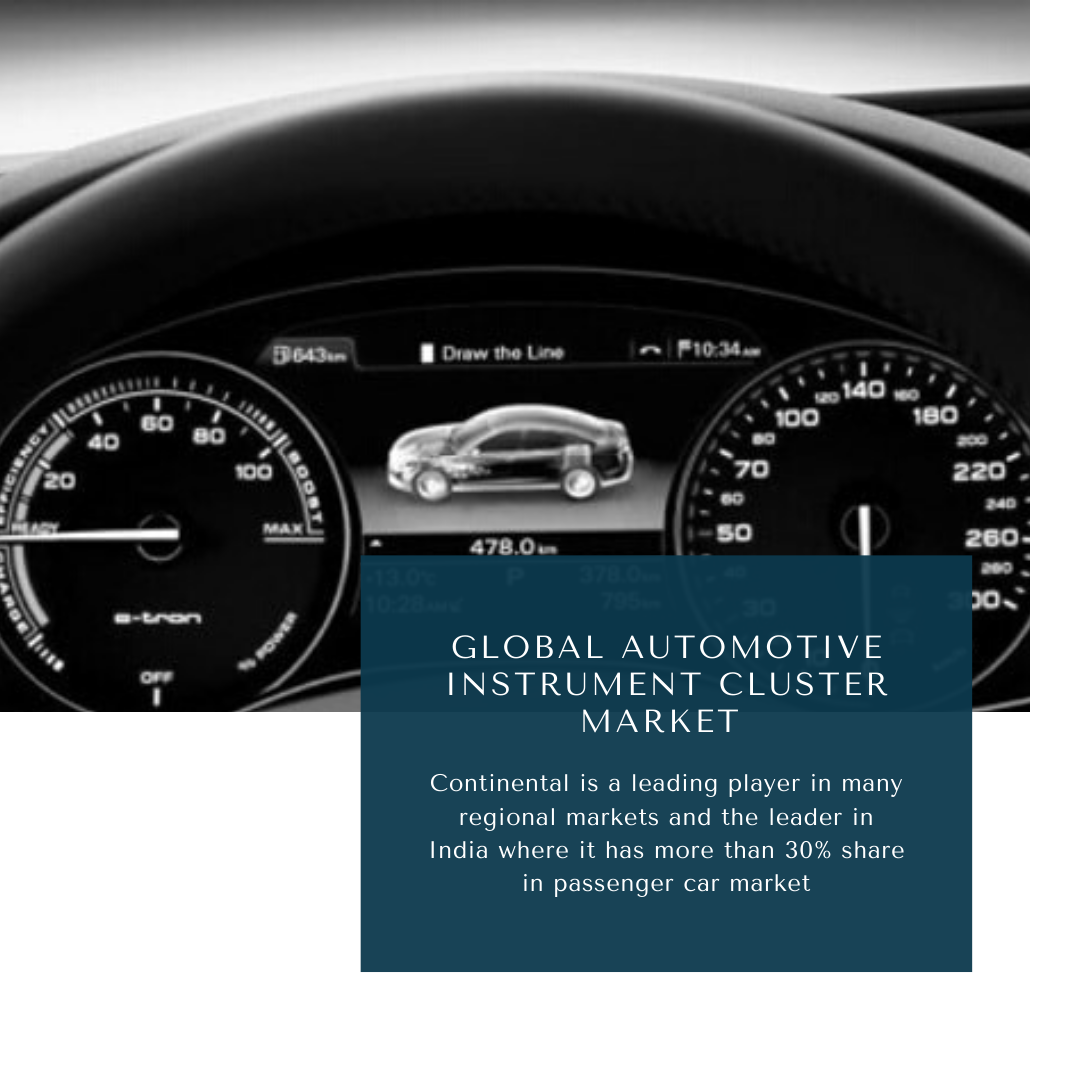 Till date, there is no option of adding a Digital instrument cluster as a Paid option while configuring a car like US and EU markets. For Example, one can opt for a 10 inch Digital cluster in VW T-Roc for ~$500 extra.

Rising demand for electronic cluster with 2D and 3D graphics system has increased the demand for Automotive instrument cluster market.

The rise in demand for ADAS (advanced driver assistance system) and autonomous driving is expected to boost the market, as it requires more sophisticated instrument cluster system.

The global Automotive instrument cluster market size was estimated at $13 Billion in 2019, growing at 5.4% CAGR till 2025.

Continental from Germany holds the majority of global market share and is the leading manufacturers in this sector. Some of the other players are Denso (Japan), Visteon (US), Bosch (Germany) and Magneti Marelli (Italy). Qualcomm and Mentor Graphics (US) have been providing with software platforms for digital instrument cluster. Pricol from India has been the leading instrument cluster manufacturer for 2 wheelers.

Continental is a leading player in many regional markets and the leader in India where it has more than 30% share in passenger car market.