Mobility plays a vital role in the current society that we live in. With the growing concern for preserving and sustaining environment for future generations, the governments and international organizations worldwide are enacting stringent emission norms to reduce carbon emission levels.

As a result, the rising demand for e-bikes is proving to be an ideal solution to the challenge.

With the gaining conscious for being fit and healthy, E-bikes provide a perfect alternative to gyms(in currentCOVID-19 situation) they also provide a sense of recreational purpose, regular bikes also saw huge jump in sales.

As Europe is now planning on making many roads automobile free, there will be a huge demand for E-bikes.In countries like Netherlands and France where bikes are used widely there will be additional demand for E-bikes and this being a Environmentally friendly option, carbon-neutral and sustainable way of commuting, E-bikes are going to see a huge demand in near future.

Harley-Davidson has been talking about launching electric bicycles to complement its LiveWire electric motorcycles. But, It’s not clear when they will come to market as Harley has struggled with work stoppages and reduced sales during the COVID-19 pandemic.

It is possible that the Harley electric bicycle launch could be pushed off until at least 2021. GM also has delayed or abandoned its plans to introduce a line of e-bikes

The United Kingdom bike industry said e-bike sales growth stalled in Q1 and during the country’s COVID-19 lockdown. The industry urged the government to provide financial incentives for e-bike purchases and create a public awareness campaign to encourage e-bike sales. 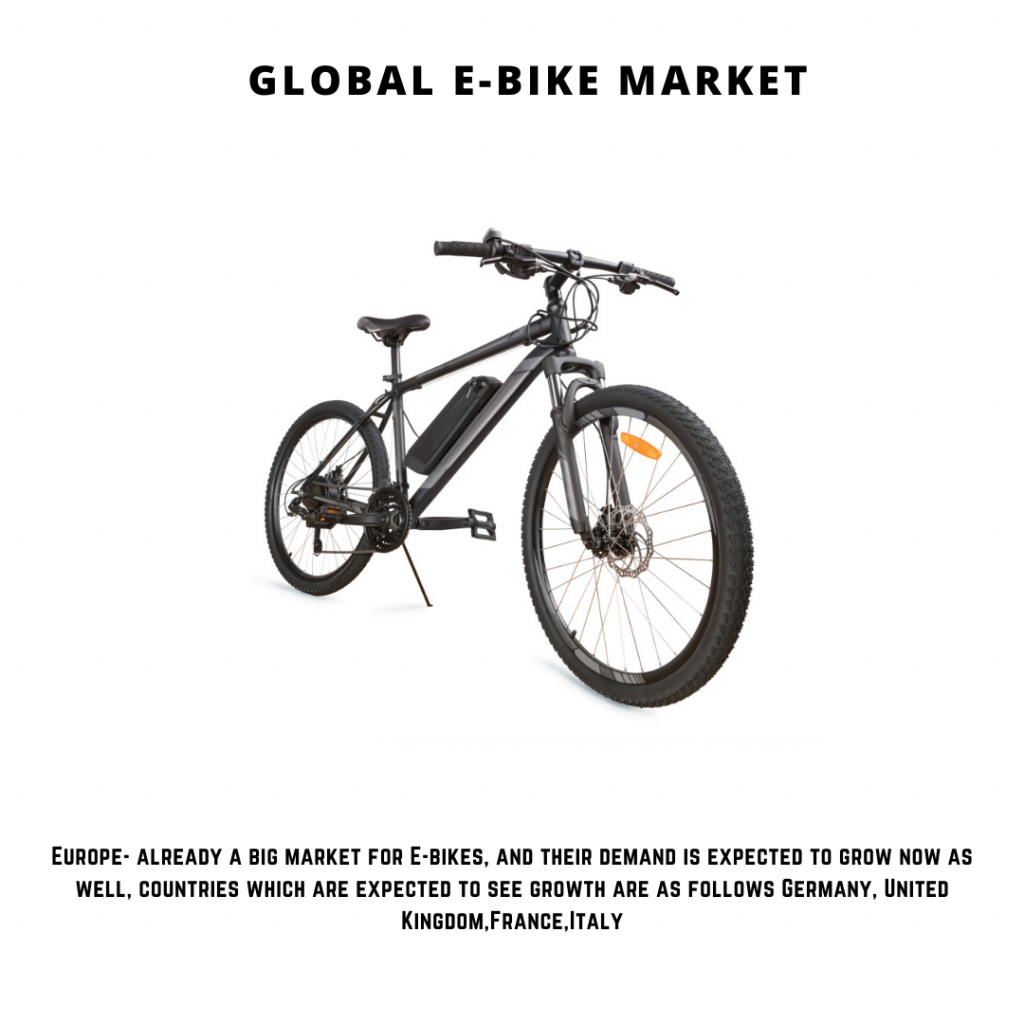 U.S. retailers, suppliers, and sales statistics have indicated that demand for e-bikes has increased significantly due to COVID-19 lockdowns.

By 2019, a large chunk of imports shifted away from very few companies who sold primarily through Amazon under various brands. Instead, a large portion of overall imports is now going to consumer-direct e-bike specialists, brick and mortar e-bike specialists (EBDs), and conventional bicycle brands.

US eBike Imports Could Reach Record Levels in 2020. Despite concerns over Trump’s tariffs and huge disruption tp e-bike supply chains caused by coronavirus, US imports could reach 400,000 in 2020, up ~37% from 2019.

The $1,500-$3,000 price point is seeing excellent traction across all major E-bike retail points.

June 2020- The British motorcycle brand Triumph unveiled its first e-bike, an aluminum-frame model that will retail for about $3,750

September 2017– Bosch e-bike system took over a start-up based in Frankfurt named COBI.

November 2016– Giant Bicycle continued its partnership with Cycling Development Foundation (CDF), which is a joint commitment to support the cycling development in Western Australia.

There has been a continuous increase in demand for E-bikes since 2001 and is expected to grow throughout next decade.

Europe- already a big market for E-bikes, and their demand is expected to grow now as well, countries which are expected to see growth are as follows Germany, United Kingdom,France,Italy,Rest of Europe- lesser compared to growth in these countries.

Asia-Pacific is an emerging market in E-bikes and these markets are lesser explored currently countries which are projected to have a growth in following days are as follows India,will be a leading emerging market in Asia-pacific, followed by China, and the Japan and lastly South Korea. Rest of Asia-Pacific would also see an increase in demand but their growth wouldn’t be as high as compared to other countries in Asia-pacific.

The global E-bike market is estimated at $XXM in 2020, growing at double digits till 2025.