As of Dec 2019, there are more than  200 passenger railway operating companies in the European Union, generating more than 9 billion trips annually. Germany and Switzerland alone have more than 100 rail operators.About 70% of all operators are public(government) owned whereas the remaining are private owned.

In terms of infrastructure, about 230,000km long rail tracks exist in all EU countries.Germany, France and Poland have more than 30% cumulative share, Germany being the biggest. 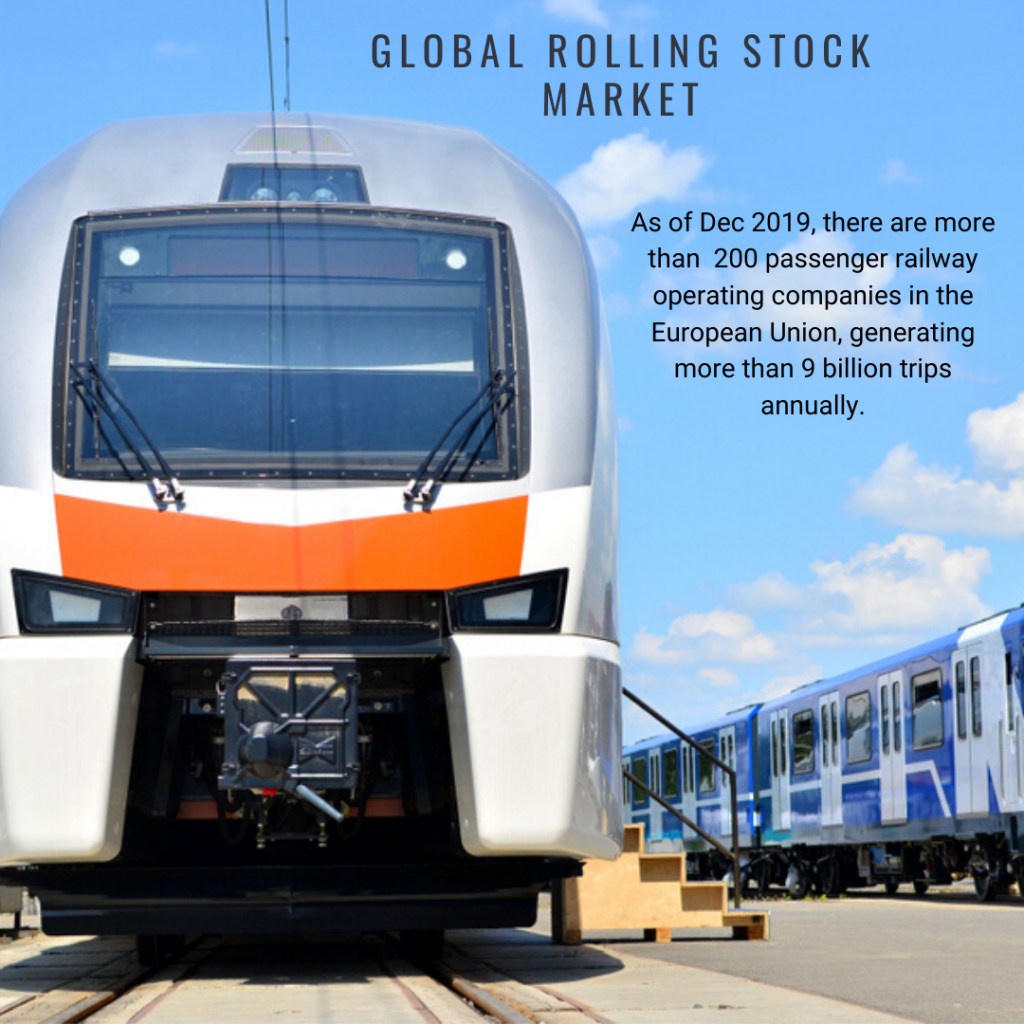 China is now a powerhouse in high speed rolling stock manufacturing and exports, and much of that has happened between 2005-2015. 16 years ago(2004), China abandoned its own development attempt at high speed rail development, deciding instead to rely upon Japanese, German, and French technology.

The freight rail market in North America is 3X bigger than passenger transit because of the sheer length and breadth of the two countries.

The Indian Railways contributes to ~3% of the country’s gross domestic product (GDP) and has social obligations pegged at $5.3 Billion annually. It is among the few government-owned enterprises which has been incurring losses year-after-year. Railways around the world, like in the US, Europe and Japan have undergone ownership changes. But, Indian railways, continues to be monitored by government.

The Indian railways‘ plan of exporting its coaches in the global $180 Billion rolling stock market will be major growth driver for rolling stock market in India. New coach manufacturing in India has already got a boost by record high CAPEX allocation of ~$900M in the FY 2019-20 budget, a sharp increase as compared to just ~$500M in FY 2018-2019.

Sep 2019– The first of 49 driverless trains to operate on Shanghai metro Line 14 was officially rolled out by CRRC Nanjing Puzhen. The eight-car Type A trainsets are equipped with Bombardier’s Mitrac propulsion and control systems

April 2019– CRRC Tangshan  completed pre-delivering testing of a variable configuration EMU, which is designed for two power cars and up to 16 single or double-deck coaches

Dec 2019– CRRC started testing Chicago Series 7000 metro cars. CRRC won the order to supply upto 846 metro vehicles in 2016 and will be assembling it in the Hegewisch district.

Oct 2019– State run, loss making, Indian Railways planned to invite private domestic and international operators to bid for operating passenger trains on a lease basis on 25 inter-city routes covering distances from 500-700km.Private operators will be required to pay haulage fees along with the lease fee

Oct 2019-  Indian Railways planned to procure 100 new trains by 2022 to increase the speed of services. Initially seven trains will be imported and the remaining trains will be manufactured in India under a technology transfer arrangement