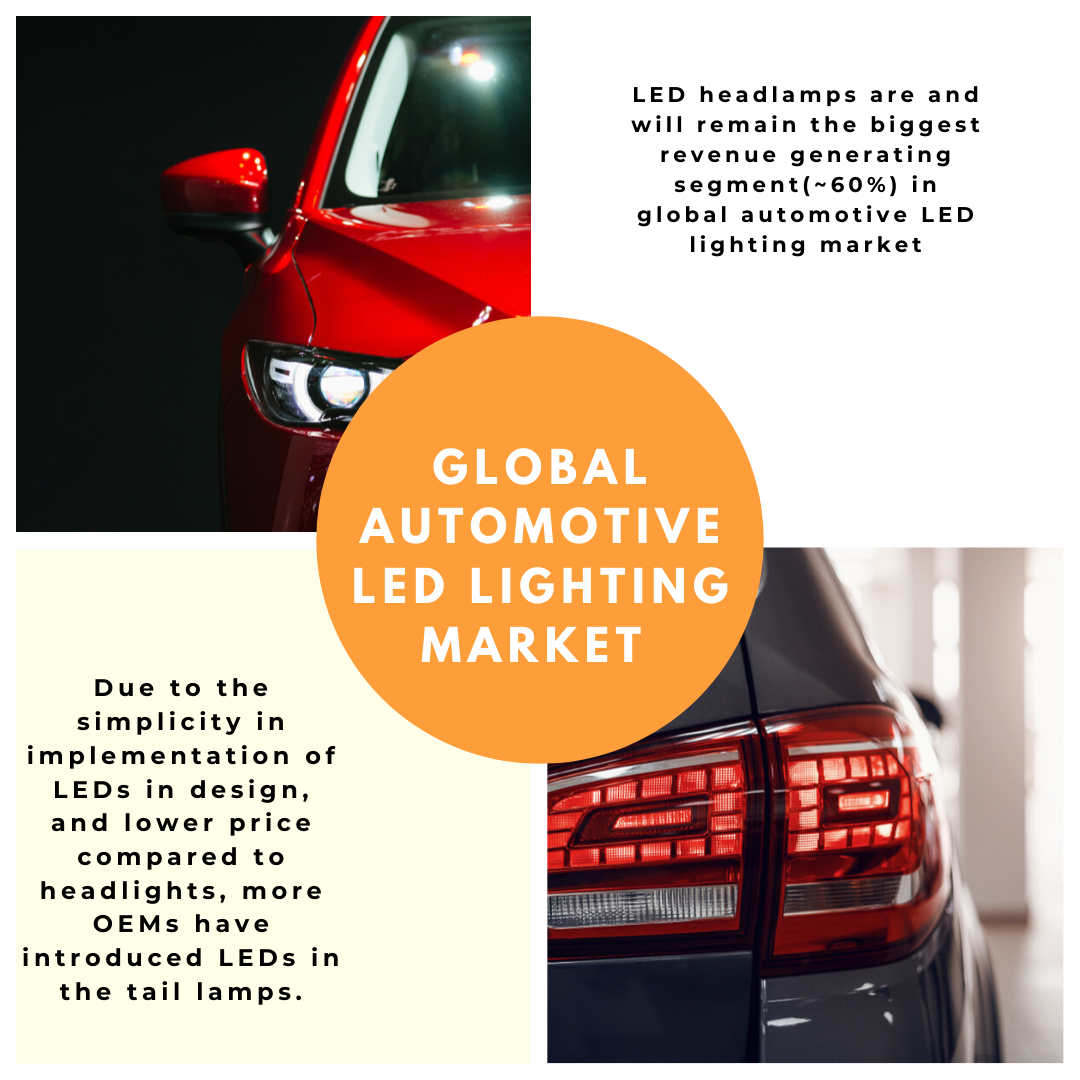 In Sep 2019, it announced that it had commercialized Bladscan ADB. The Bladescan ADB emits LED light to 2 fast-revolving blade mirrors (reflectors) and lights forward vision by using the residual image effect. It will be fitted on Lexus RX.

Hella-  In Nov 2019, the European leader in premium LED light manufacturing announced  a new lighting system with high resolution.  More than 30,000 pixels can be controlled intelligently and individually

LEDs are priced at 3x-4X higher than conventional halogen based lighting.Although LEDs are growing at a faster rate, majority of the automotive lighting is still halogen based  in emerging markets due to cost reasons.

The automotive LED lighting market is estimated at $XXM in 2019, growing at –% CAGR

The global automotive LED lighting market is extremely consolidated at present(top 3 suppliers have 50%+ cumulative market share).But, we expect the market to open up in coming years on account of many new entrants.The EBITDA margins for auto LED lighting suppliers is ~8-12% in 2019 but on account of growing LED penetration it is expected to grow by 120-150 basis points by 2025. 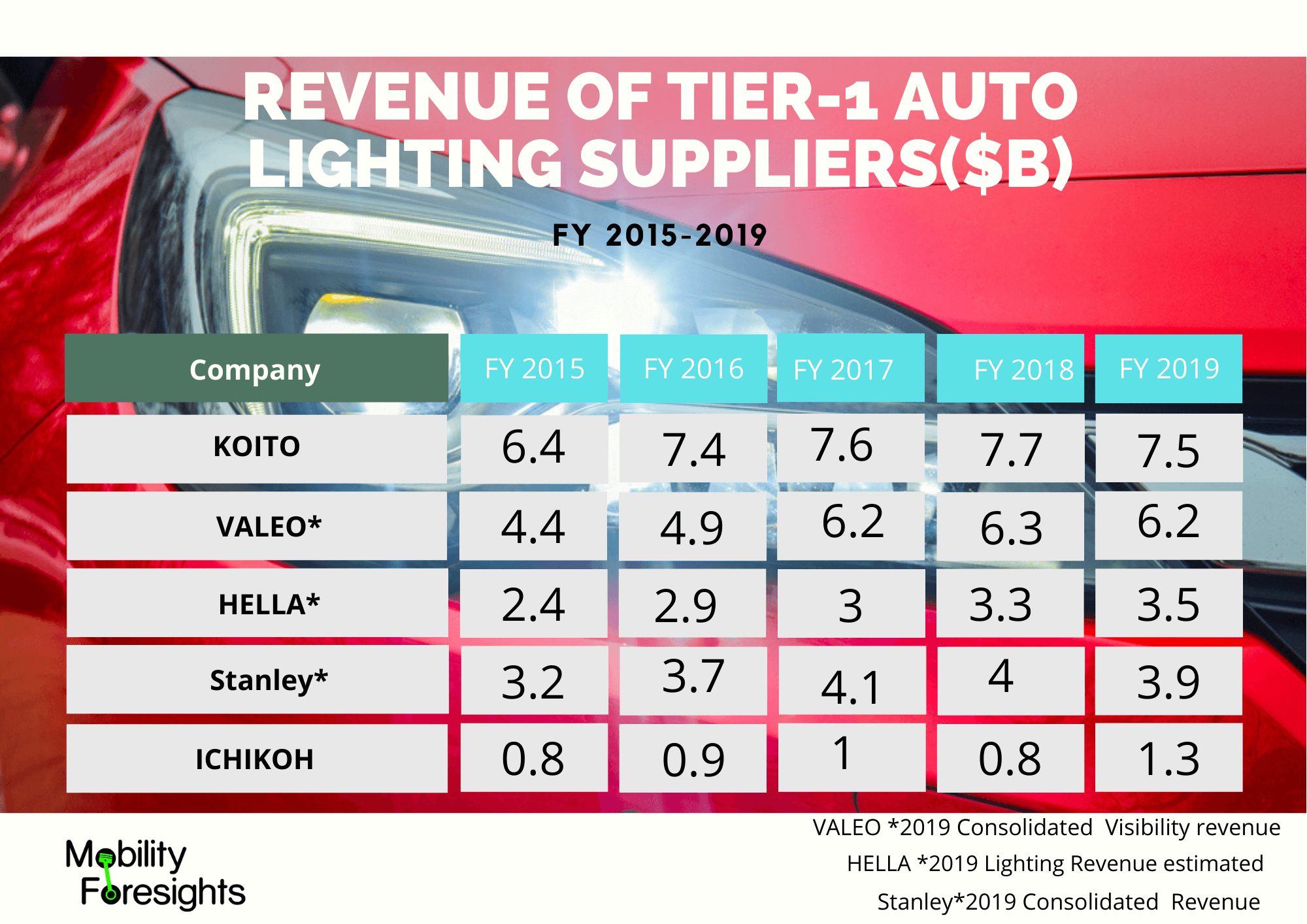 Koito- A leading provider of LED lighting to many Toyota platforms reported an increase in earnings through Q3-2019 in China due to increase in LED penetration  despite ~8% decline in auto production. From financial standpoint, the global market leader is facing higher R&D expenses in-order to meet next gen lighting on upcoming vehicles.

Hella– A leading LED lighting supplier to all Premium European OEMs and GM in North America,derives ~25% of its global revenues from Germany and ~60% from Europe

Varroc Lighting System– India based Varroc group acquired Visteon`s lighting business in 2012 and has now grown the business to a significant size. It is also the LED lighting supplier to Tesla

OSRAM-CONTINENTAL–  The 50-50 joint venture was created in 2018 to supply semi-conductor based lighting modules and lighting control units for front as well as rear application, globally.

Hyundai- Mobis-  The wholly owned subsidiary of Hyundai Motors, supplies LED lighting to Hyundai-KIA vehicles in all major markets except India, where Lumax is the exclusive supplier